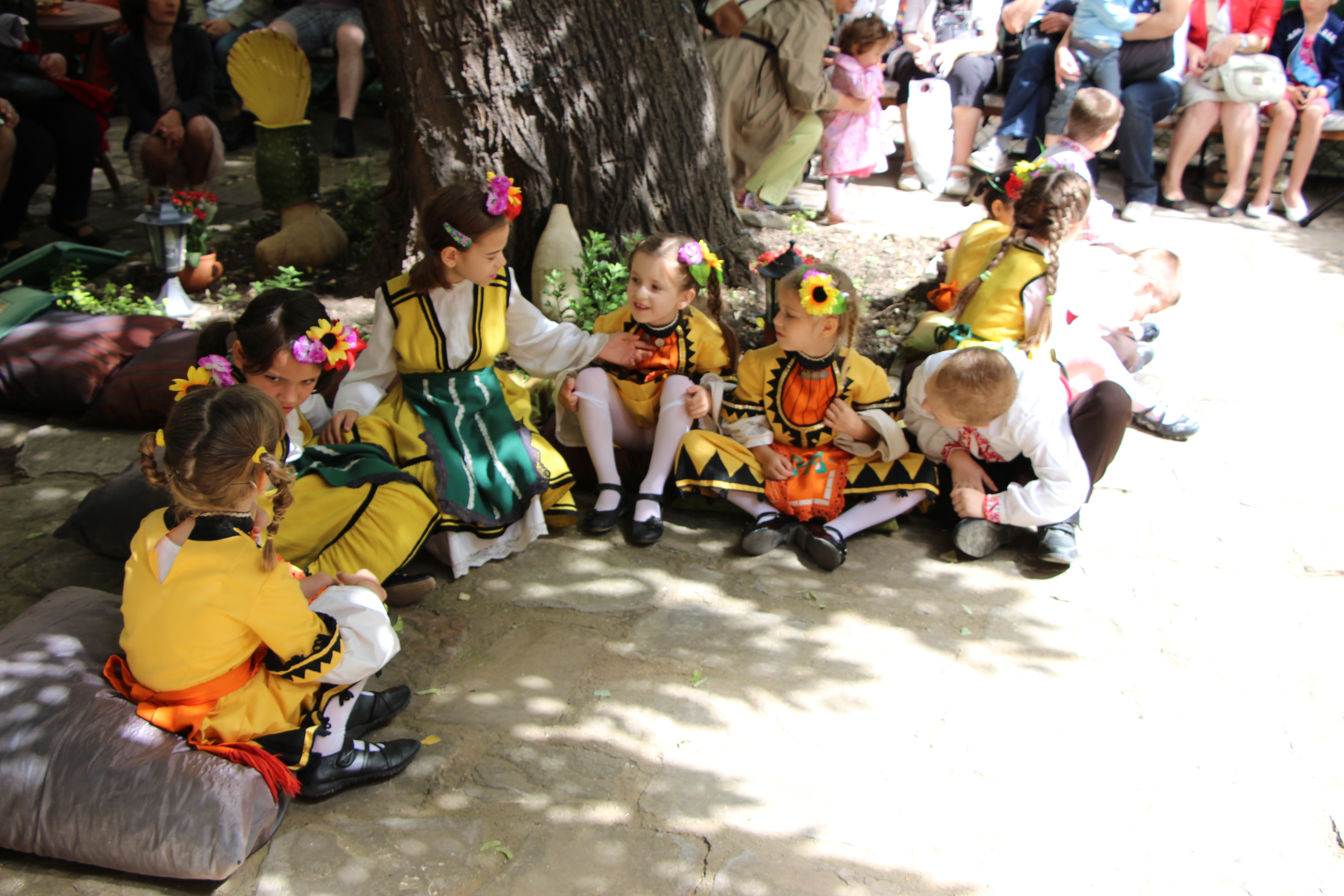 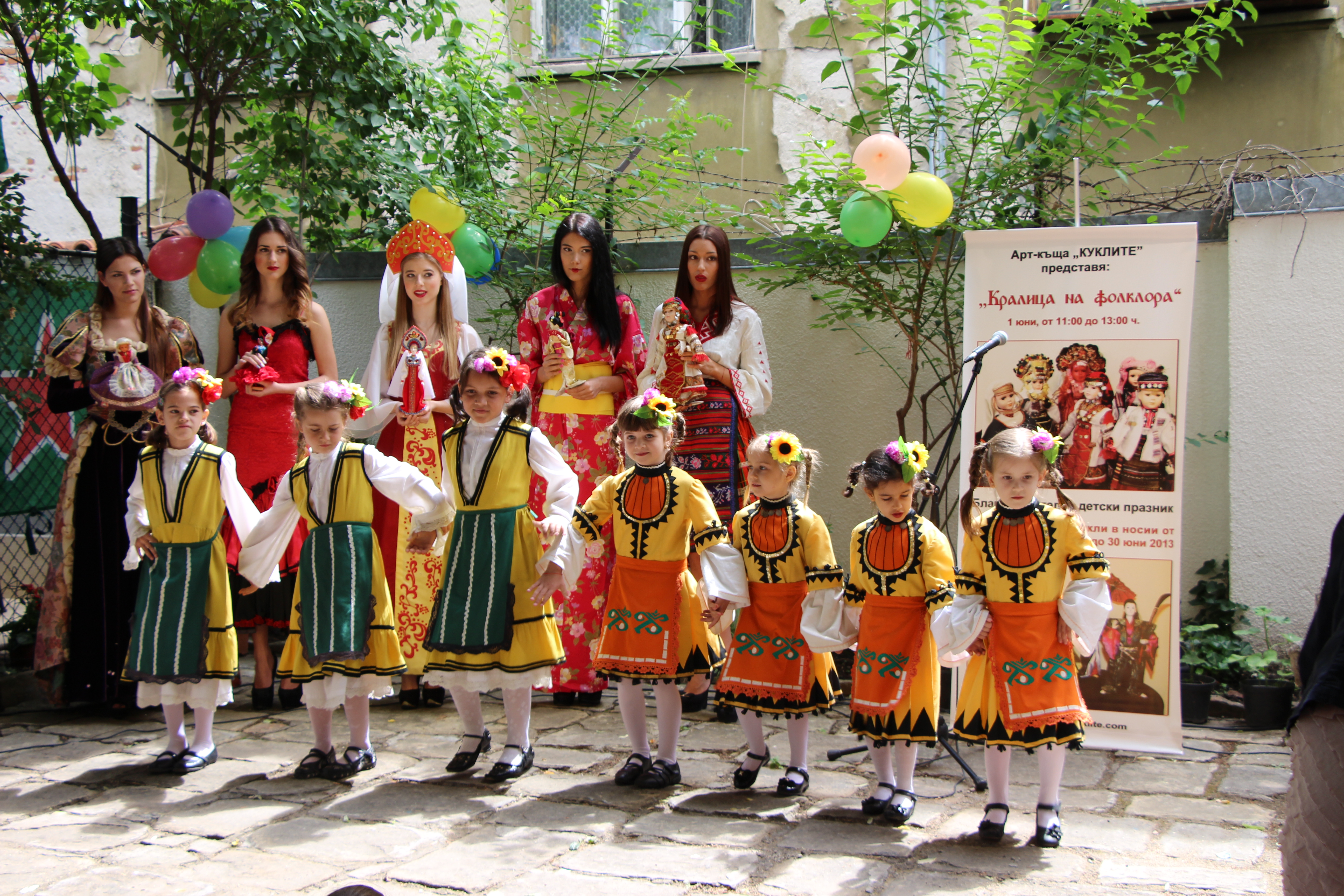 On June 1st, 2013  in the garden of the Art-House “Kuklite” (“The Dolls”) in Sofia the “Lyudmila Jivkova - Banner of Peace” Foundation together with the Art-House “Kuklite”, and under the patronage of  Mrs. Margarita Popova, Vice-President of the Republic of Bulgaria, organize a charity concert titled “The Queen of Folklore”. 265 dolls in folk costumes from 50 countries are shown at the feast. Ranking first is the doll from Bulgaria – with 137 votes, from Russia – with 122 votes, from Japan – with 110 votes, from France – with 97 votes, and from Spain – with 92 votes. Disadvantaged children from the “Radost” (“Joy”) Home for children deprived of parental care in the village of Dren, as well as children from children’s folk groups and municipal schools also take part in the feast.