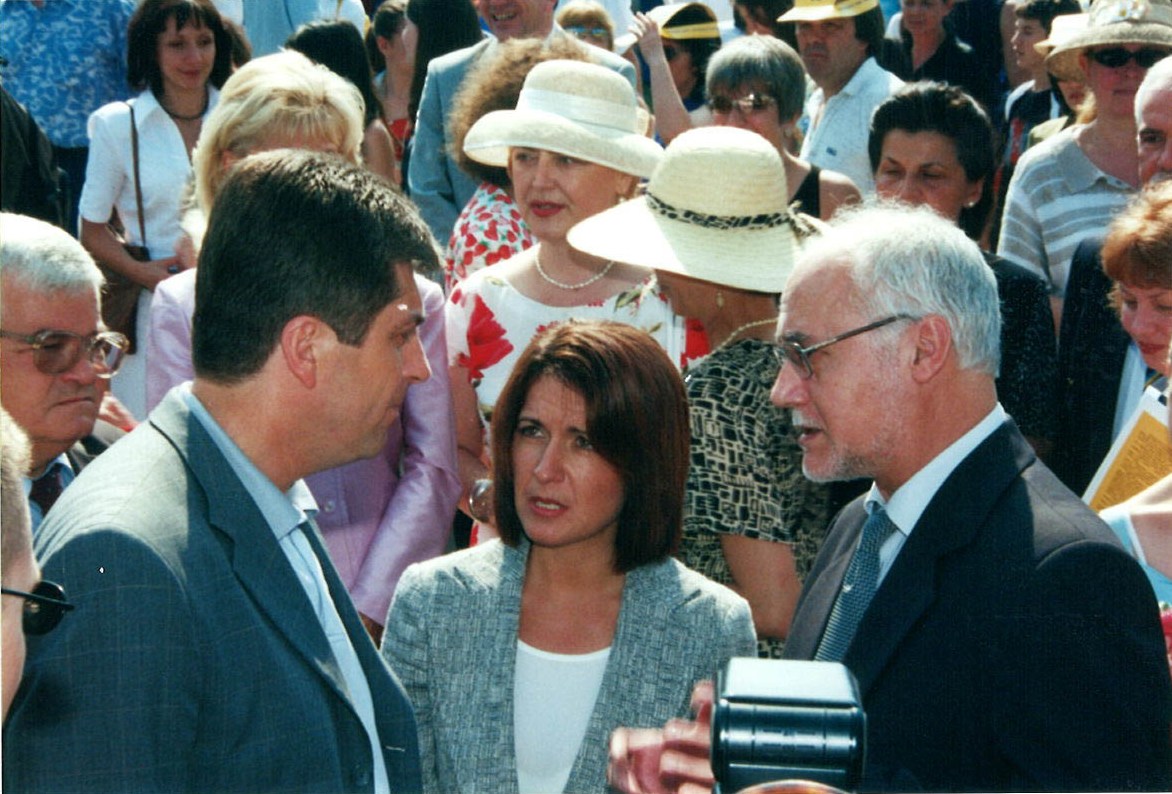 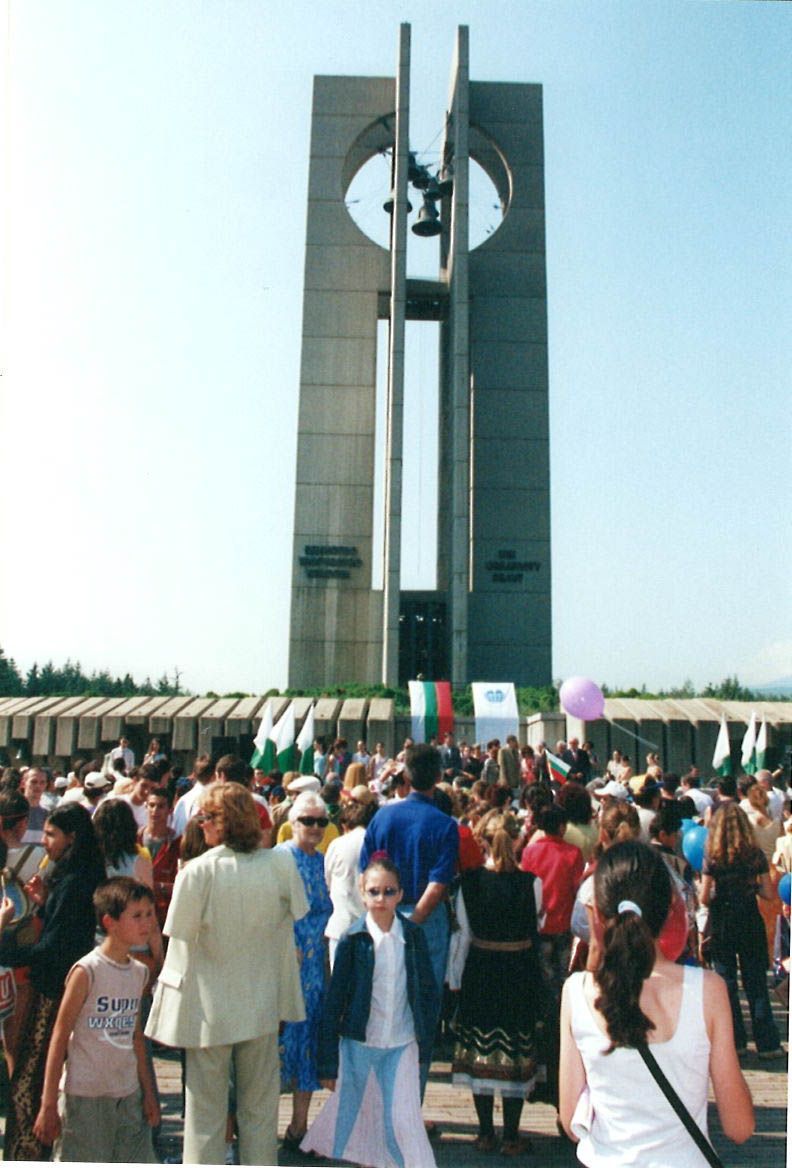 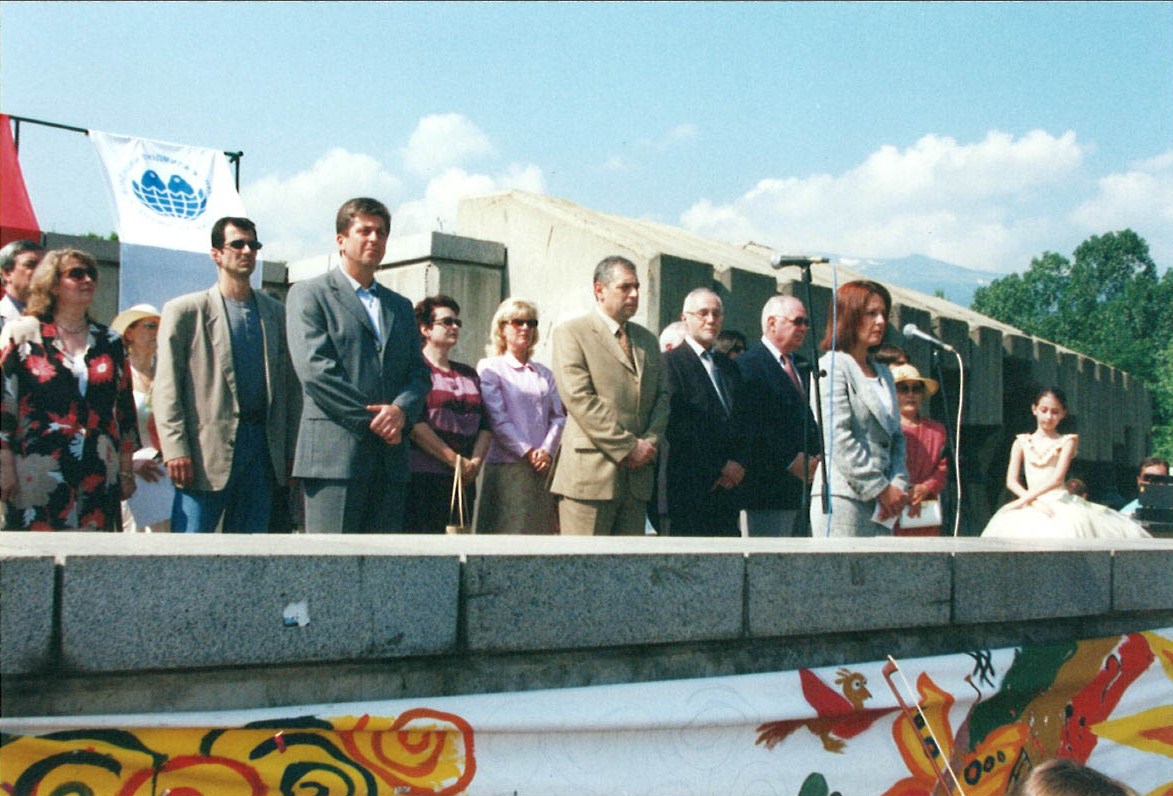 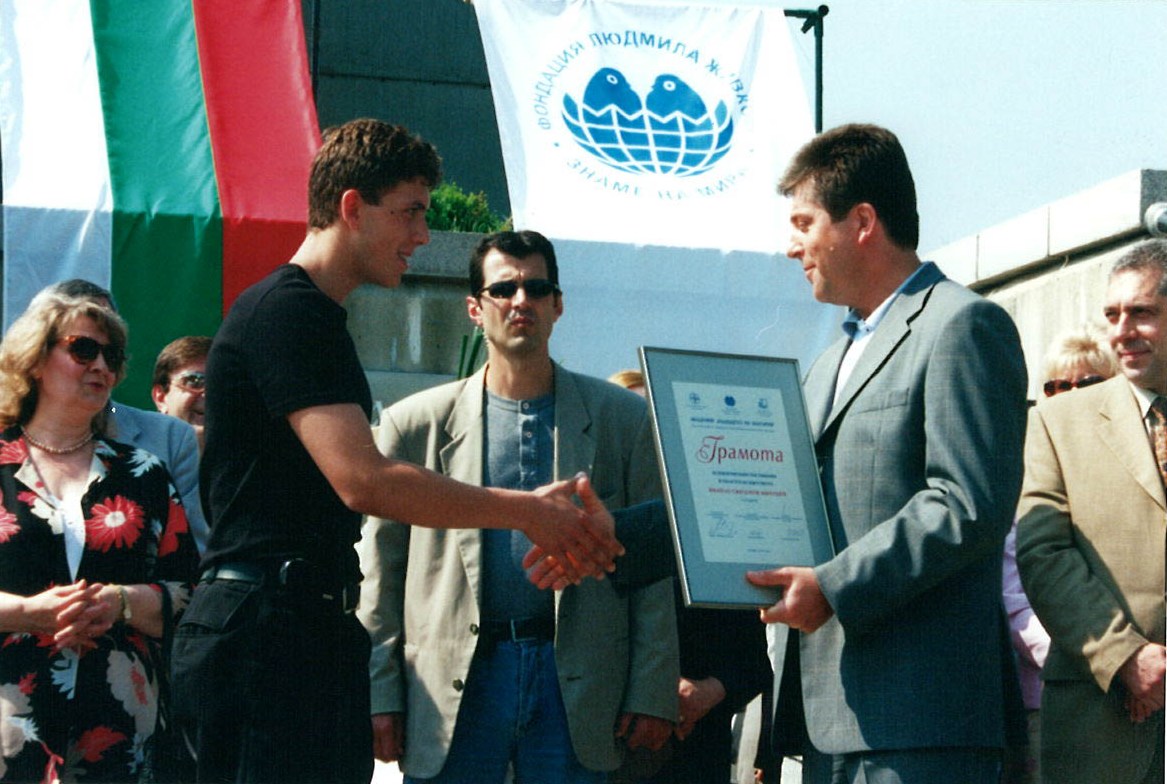 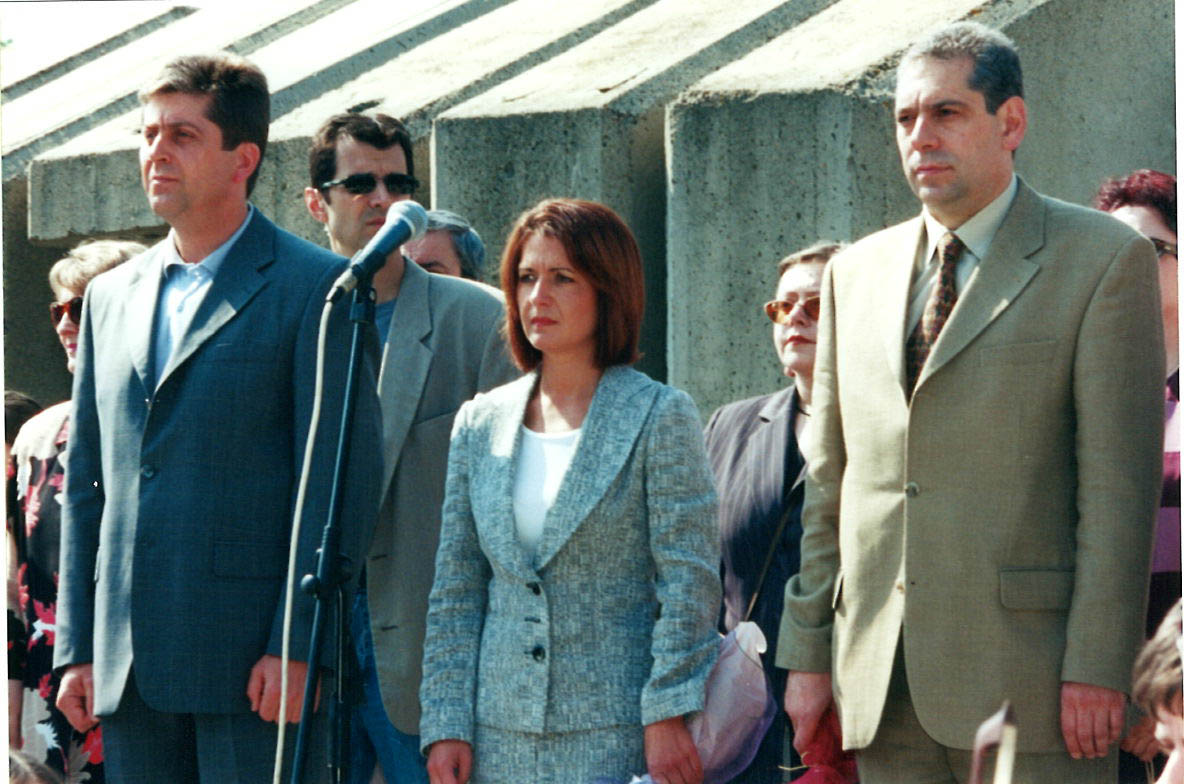 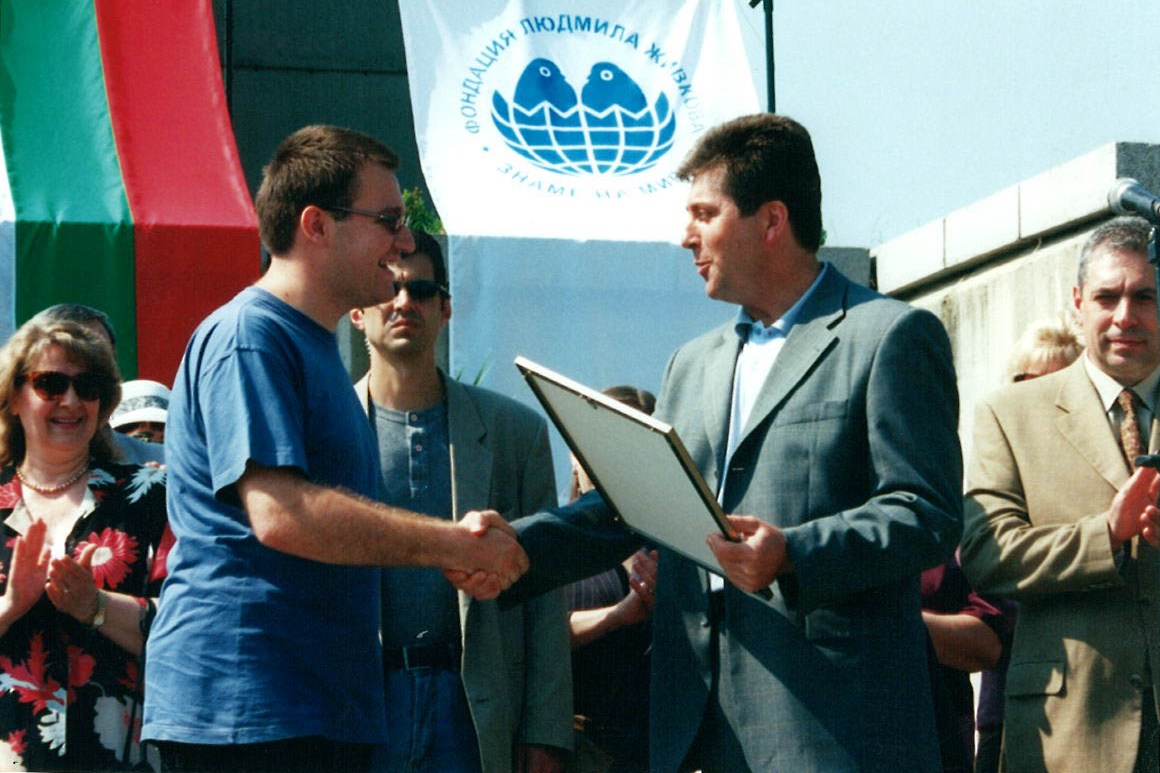 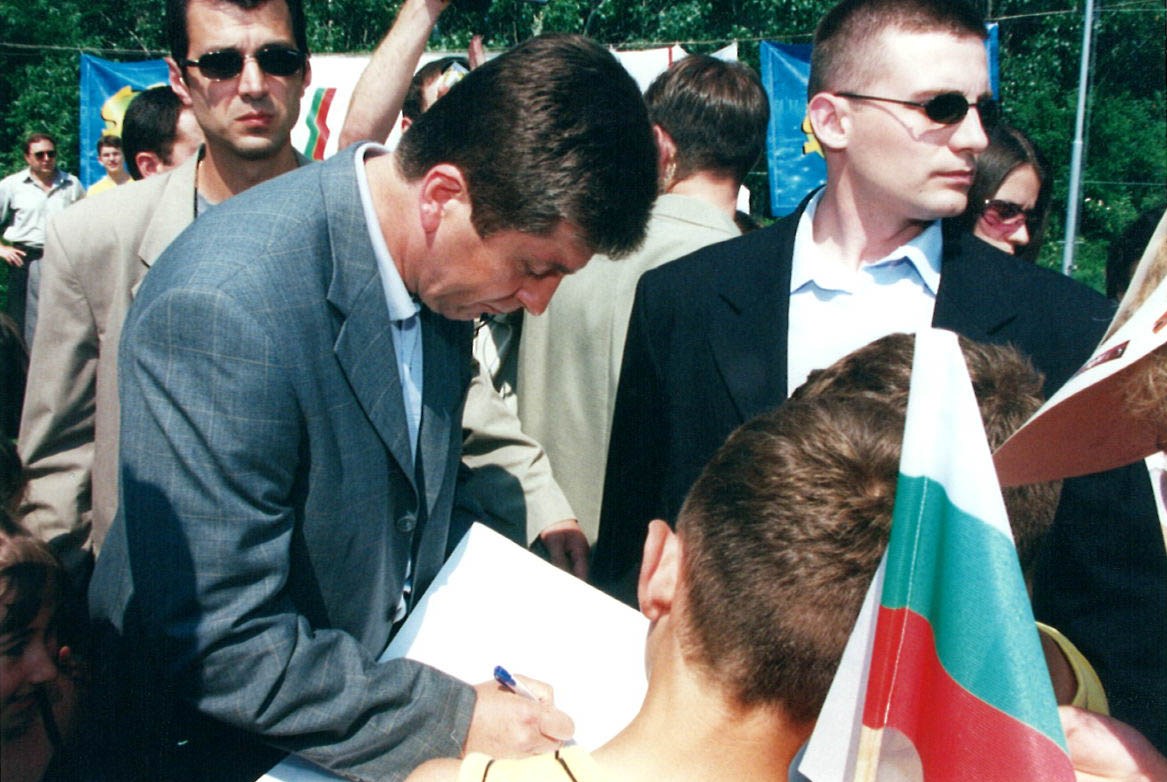 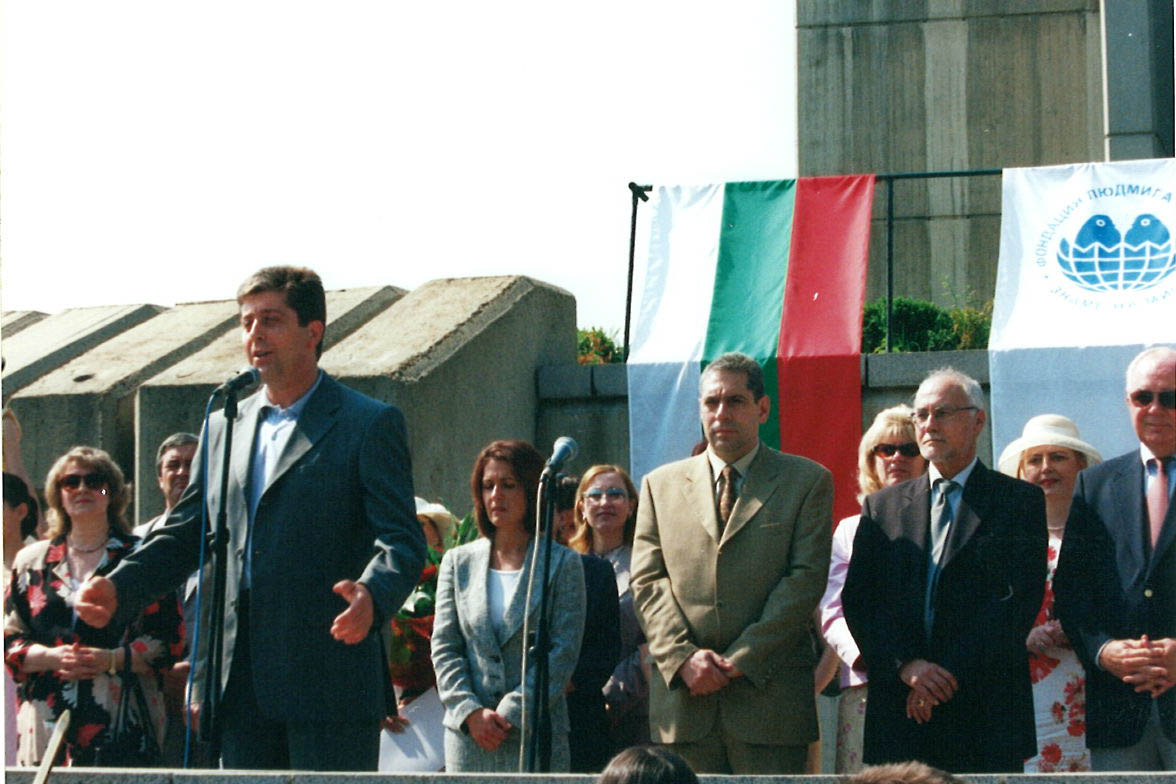 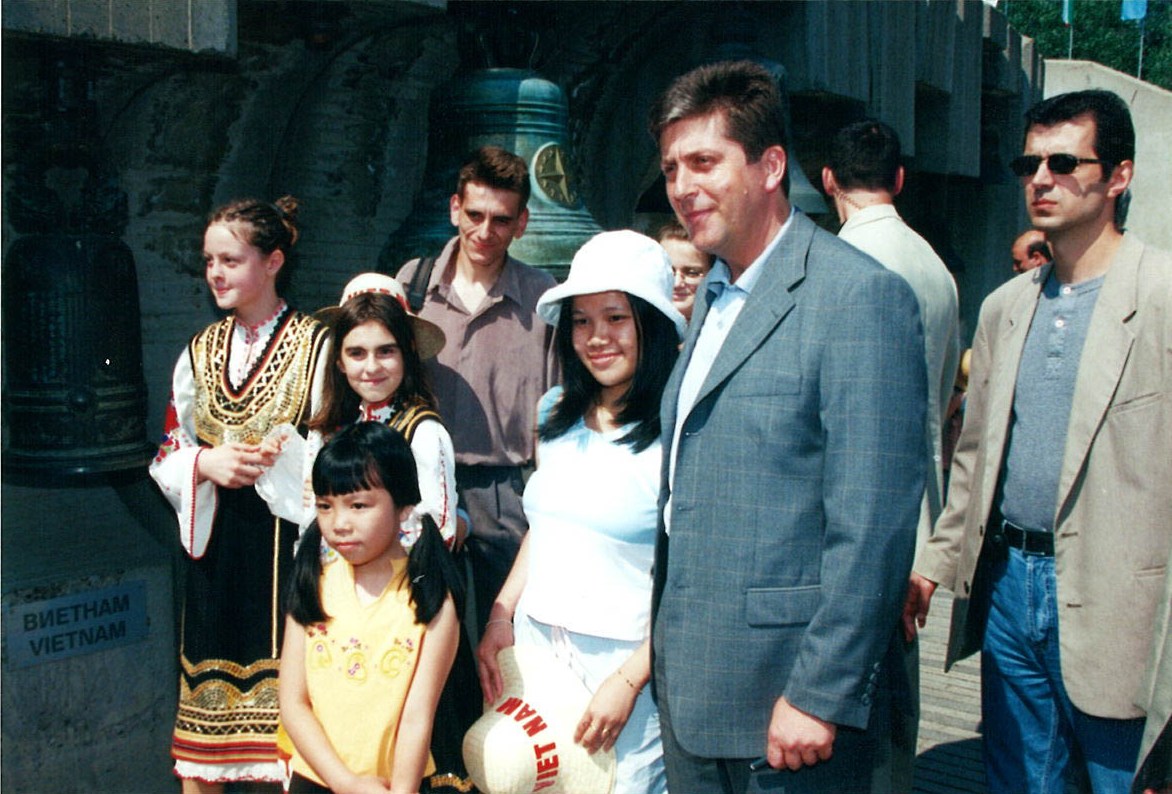 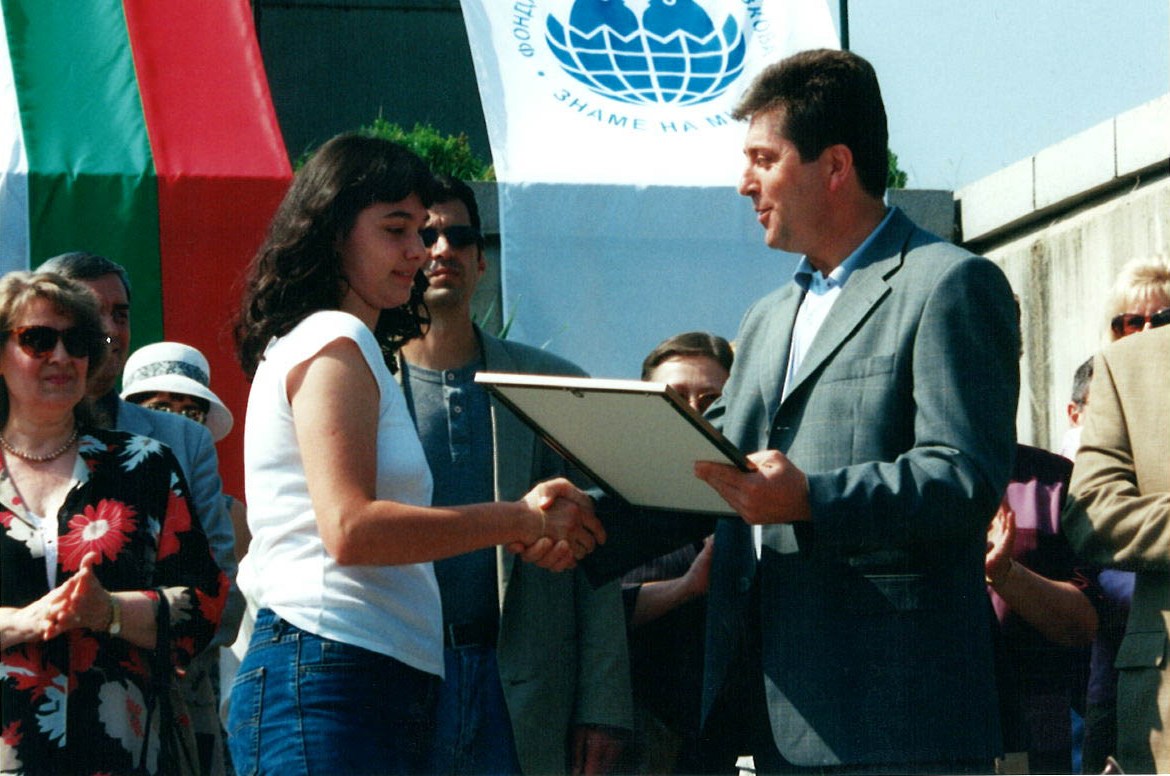 On June 7th, 2003 the “Lyudmila Jivkova - Banner of Peace” Foundation carries out at "The Bells” Monument in Sofia an International Assembly “Banner of Peace – 2003”, titled “The Bells Are Singing for Peace”. An Academy “The Future of Bulgaria” is set up and opened formally under the patronage of Mr. Georgi Parvanov, President of the Republic of Bulgaria, along with the support of the Atlantic Club of Bulgaria and the National Educational Complex for Culture. Six are the first young “academicians” prize winners, awarded for their extraordinary contribution to the development of science, culture and sports, namely: the gymnast Simona Peycheva, the pianist Ivailo Milushev, the ballerina Vihra Madjarova, Petya Nedelcheva – two-fold holder of the “Europa” badminton cup, and the mathematicians Kaloyan Slavov and Dobromir Rachnev. Three new bells are mounted on the Monument, presented by the Philippines, Bahrain and Thailand. With them the total number of the bells grows to 92. The Assembly is organized with the support of the Ministry of Culture and the Ministry of Education, the Atlantic Club of Bulgaria, UNICEF, “Traffic Police” KAT, the International Foundation “St.St.Cyril and Methodius” and  other private companies. Honorary guests to the event are James Pardew, the Ambassador of the United States, Lyubomir Ianov,  Chairman of the Atlantic Club of Sofia, Vladimir Atanasov - Minister of education, foreign diplomats, the MP Antoniya Parvanova, Anna Sendova, General Boiko Borisov – Secretary General of the Interior Ministry, Velichka Velyanova – Director of  the National Educational Complex for Culture, Maria Gigova – three-fold champion of rhythmic gymnastics, payroll chairwoman of  the Bulgarian Rhythmic Gymnastics Federation, and Deputy-Chairman of the Commission on Children, Youth and Sports in the 39th National Assembly,  and Shirin Mestan – Chairwoman of the State Agency for Child Protection.