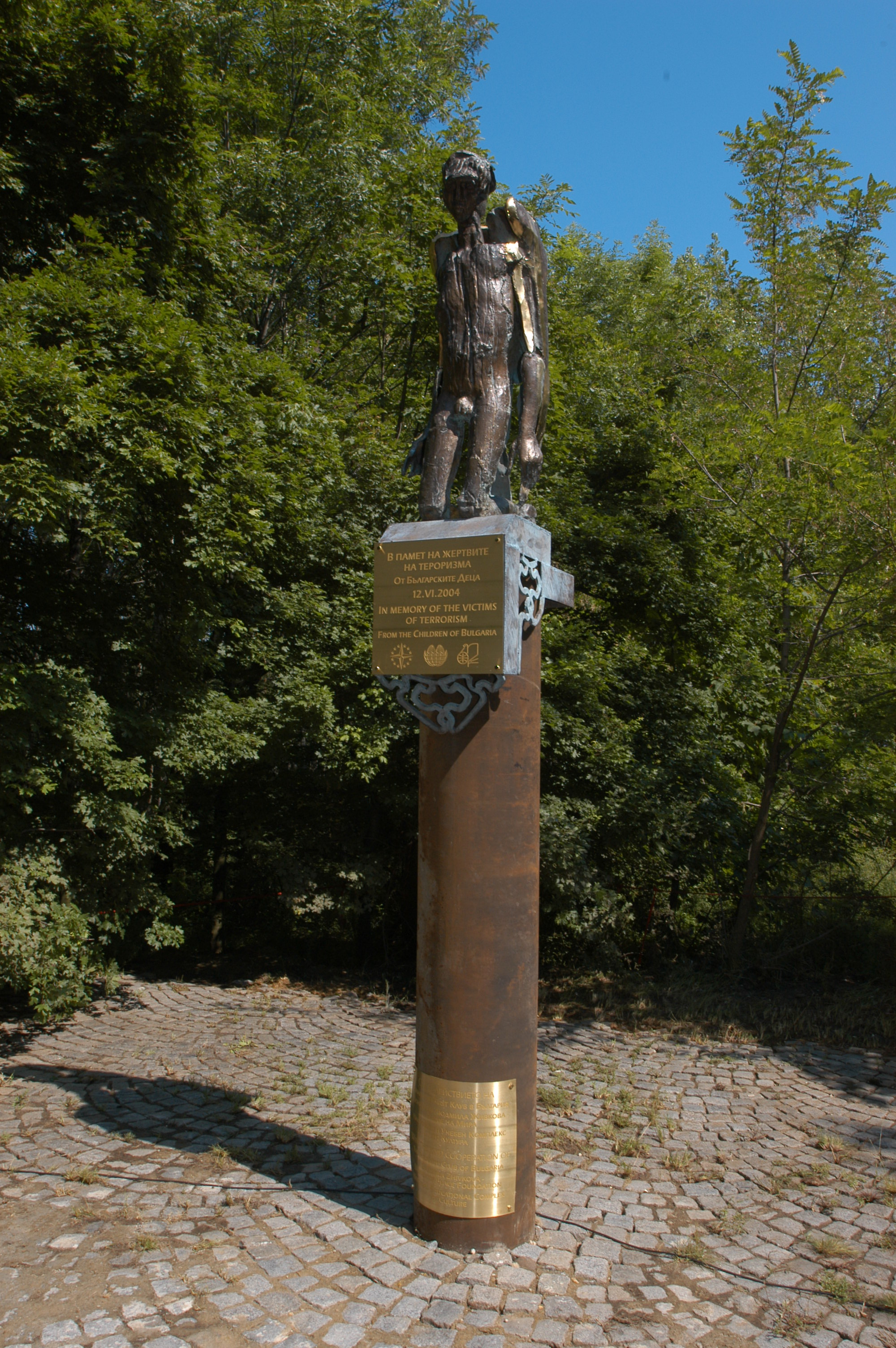 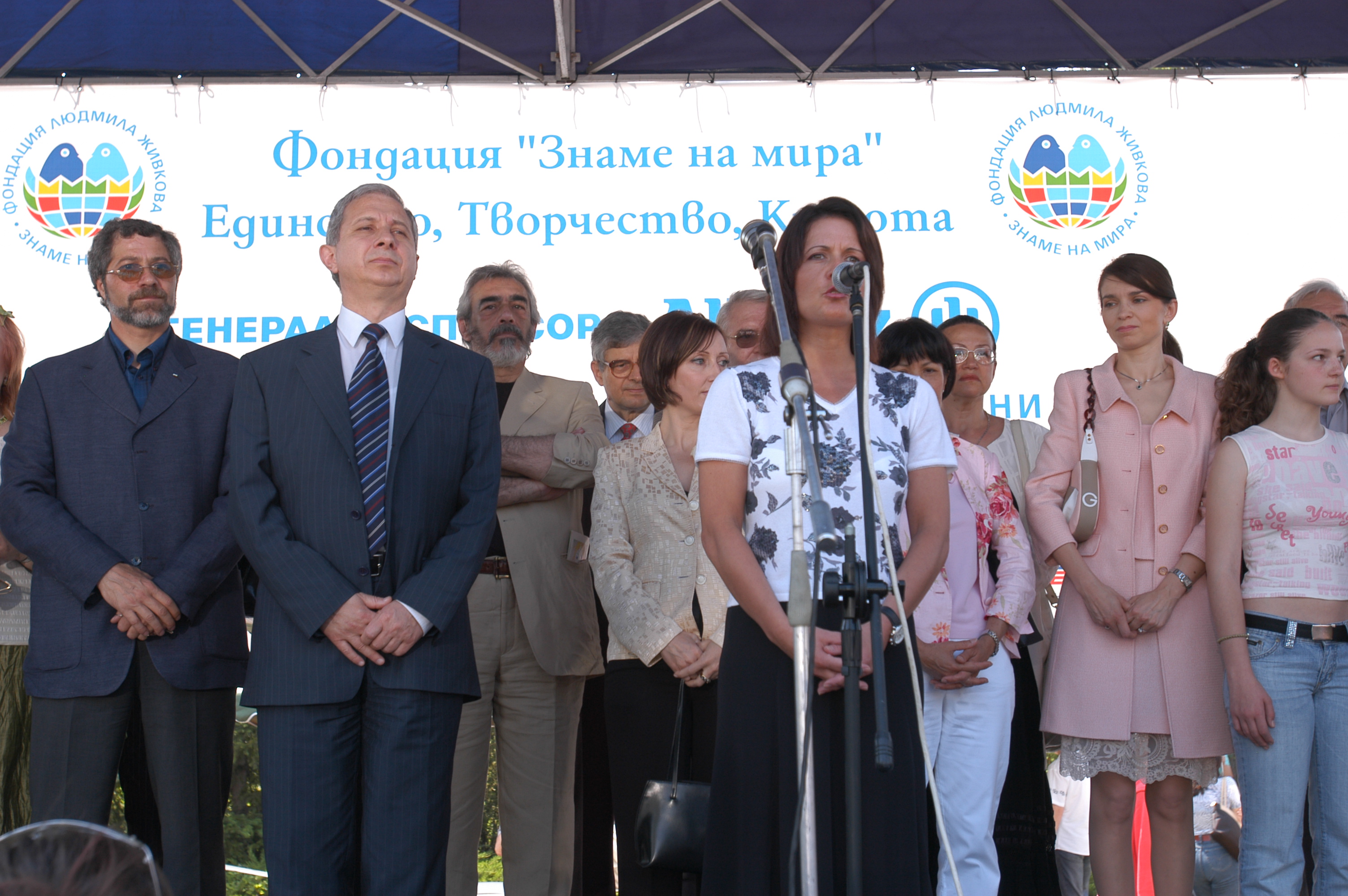 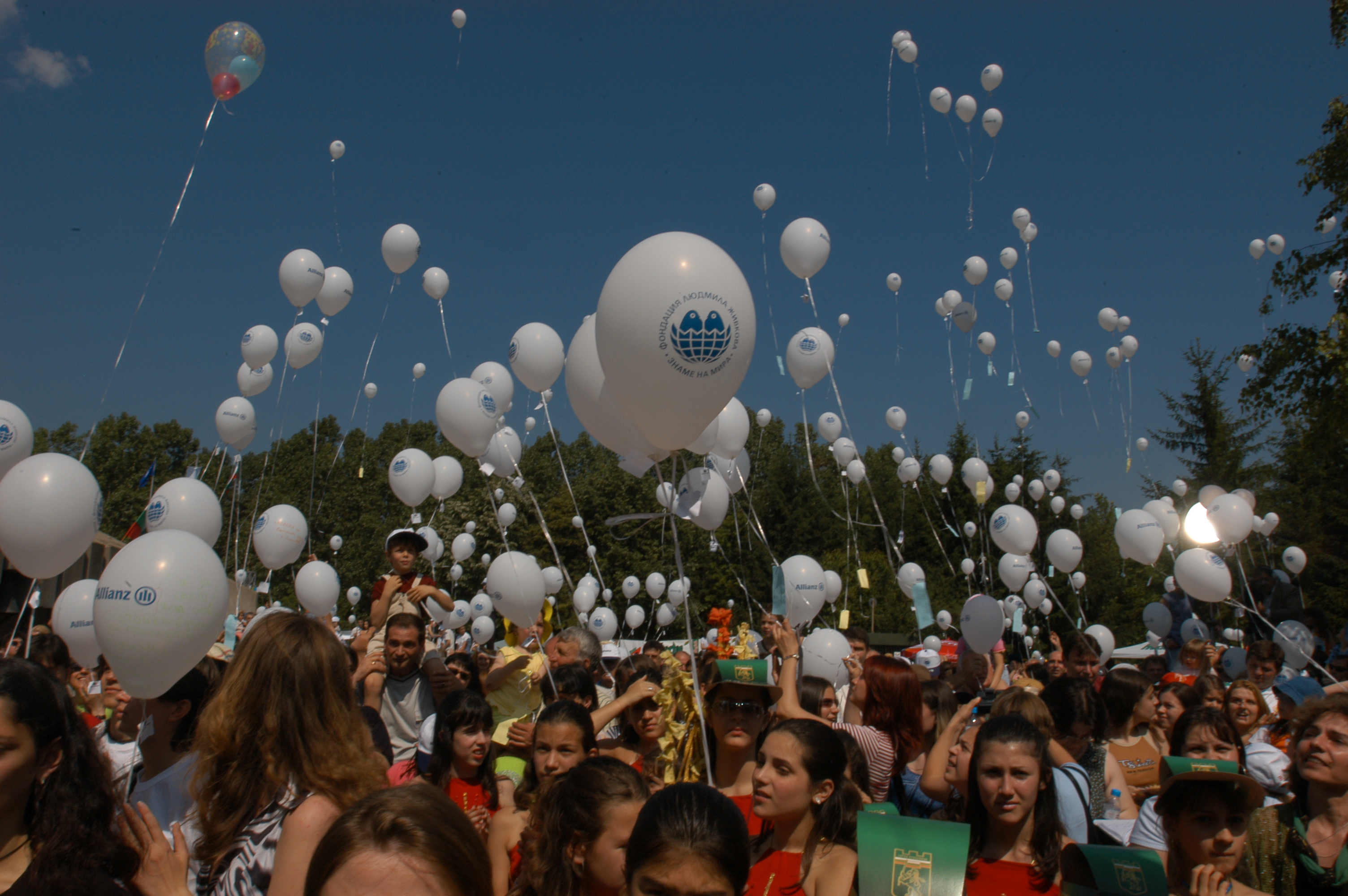 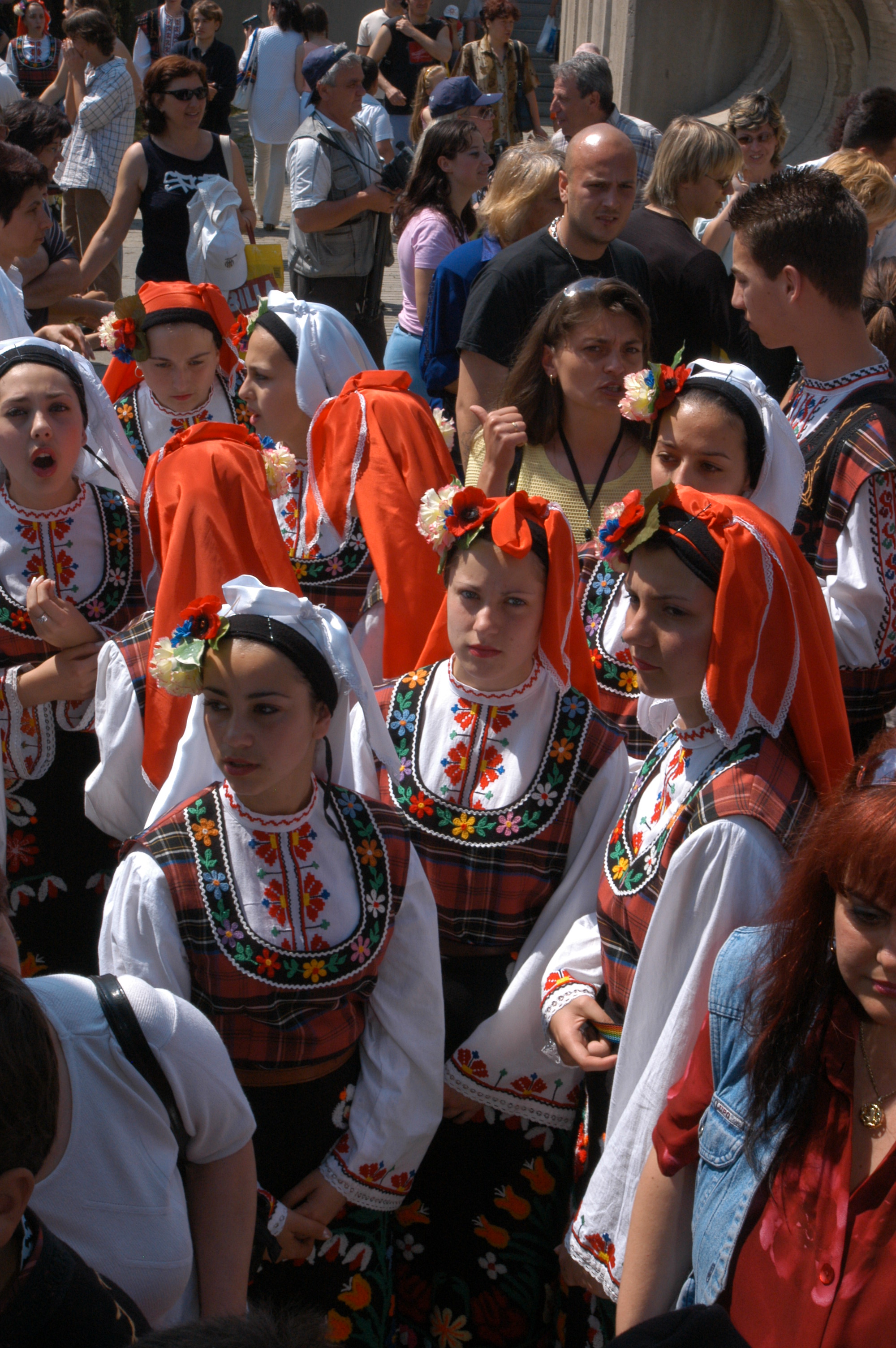 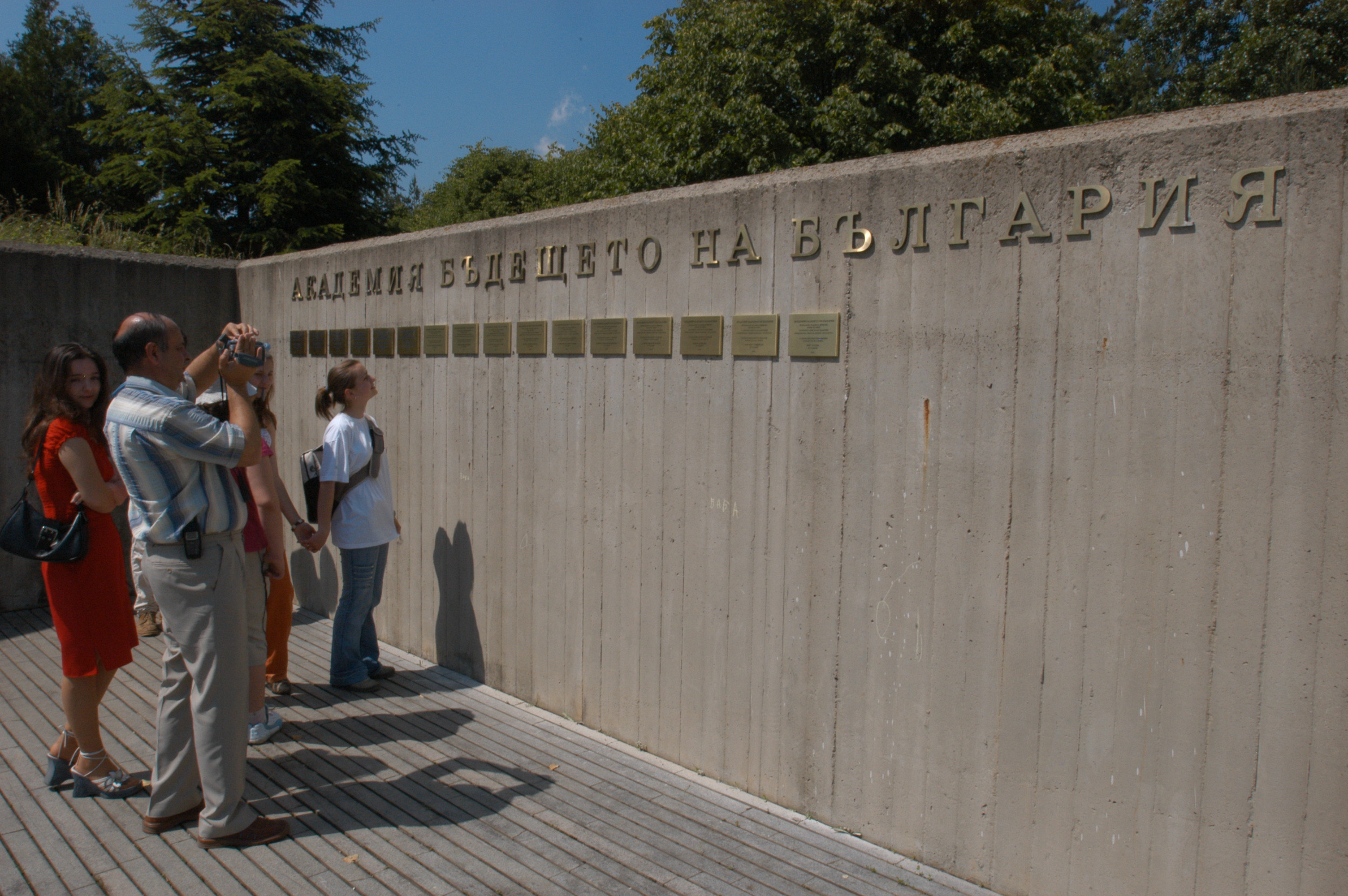 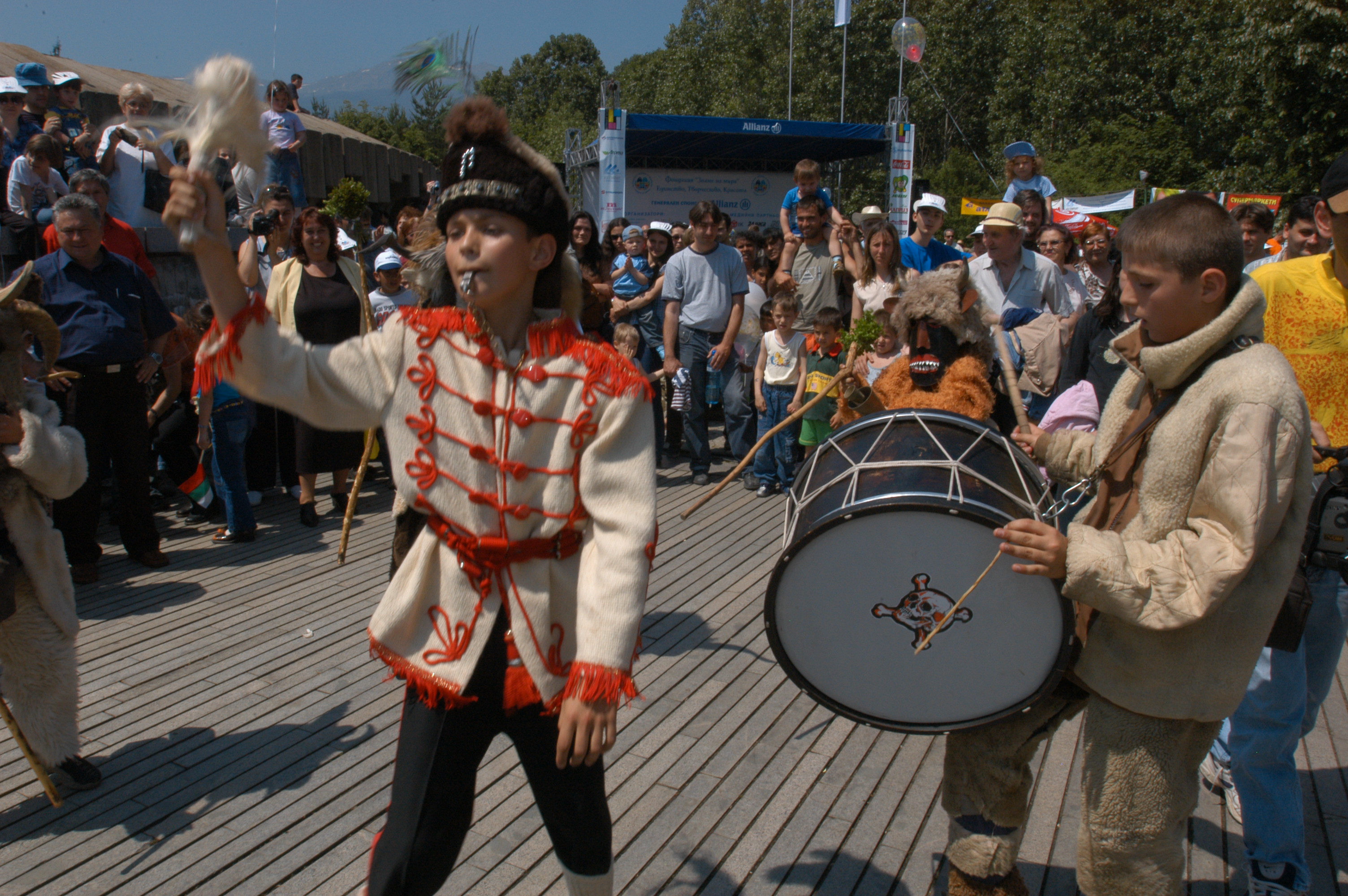 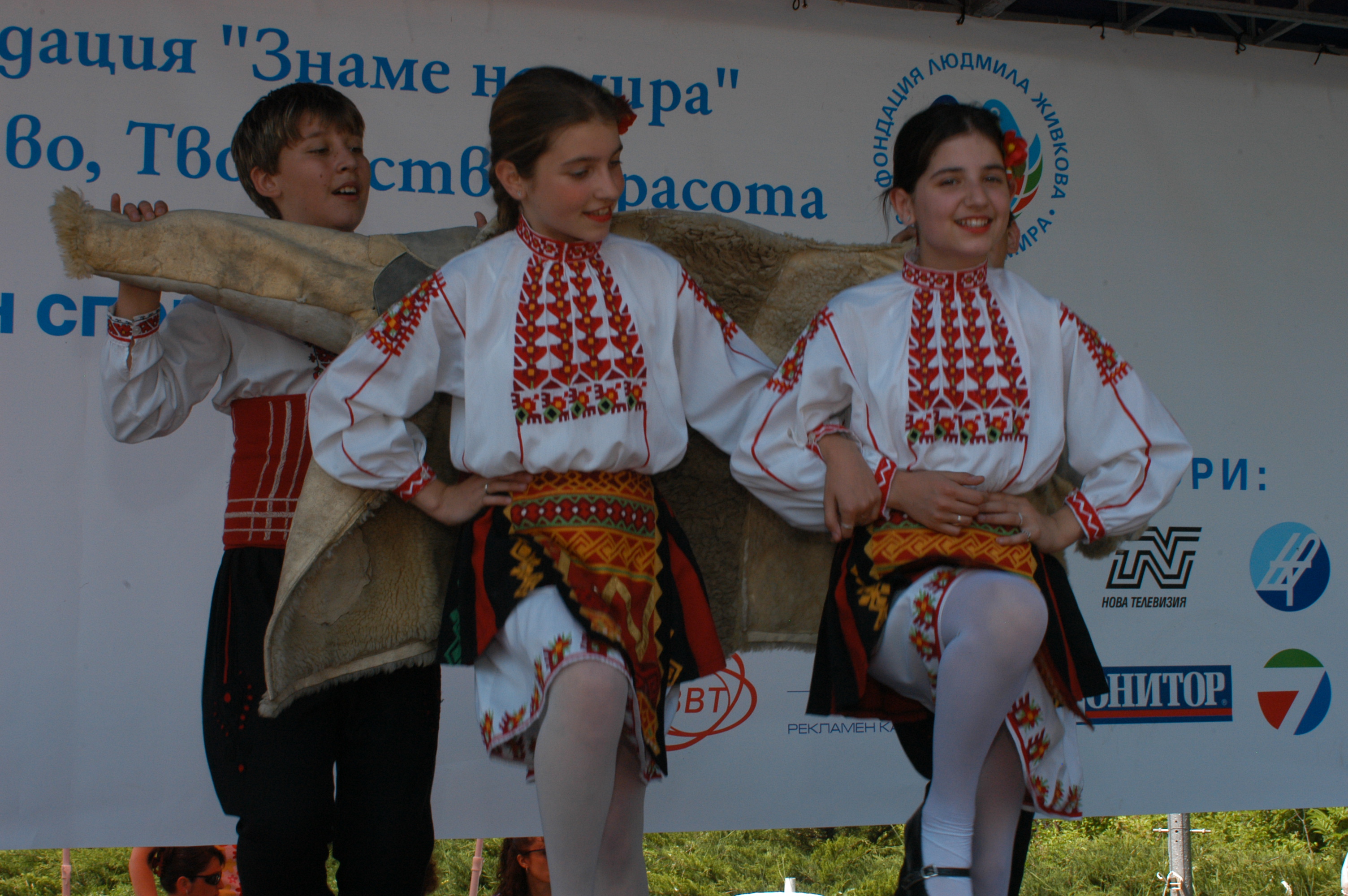 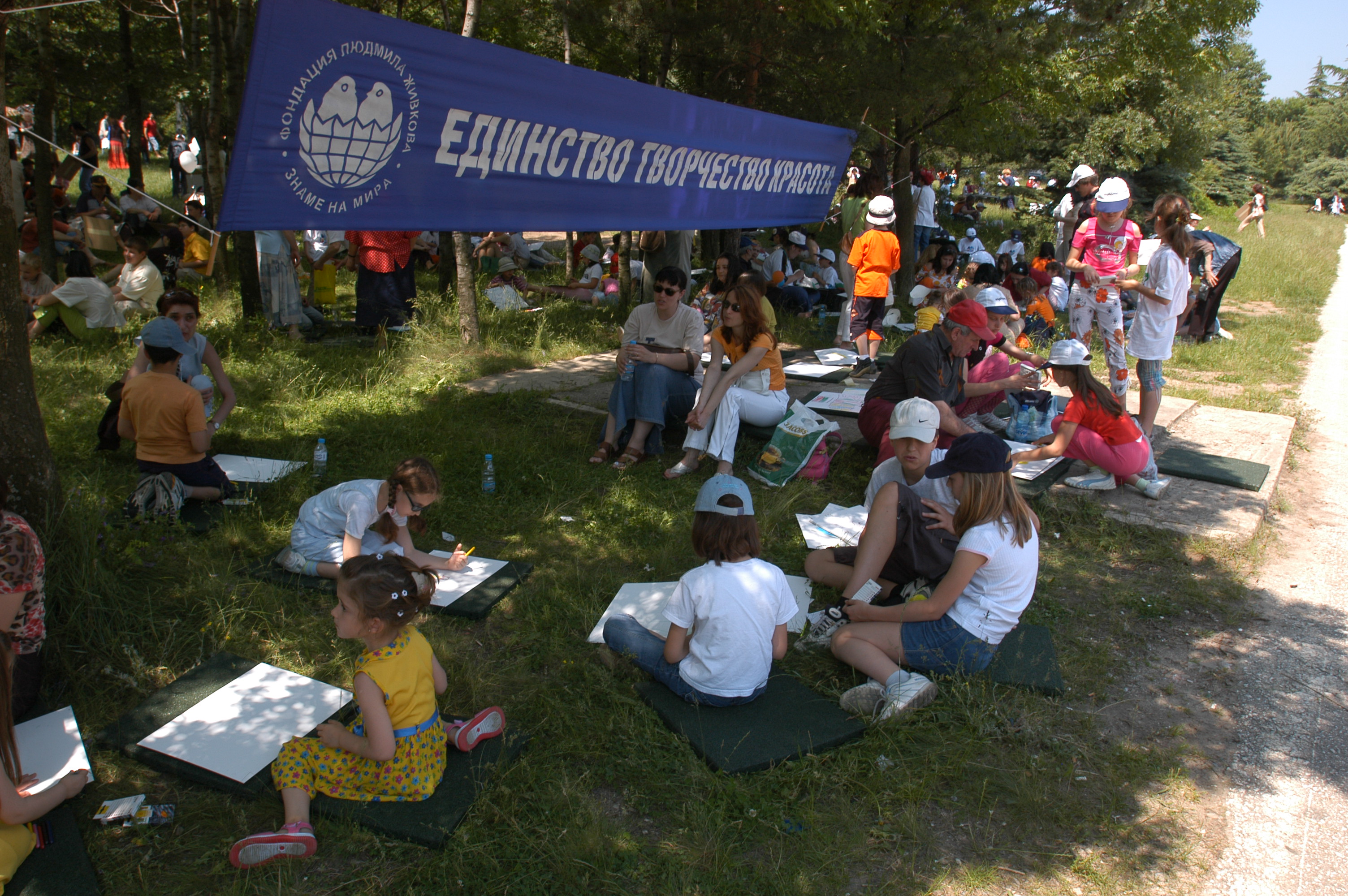 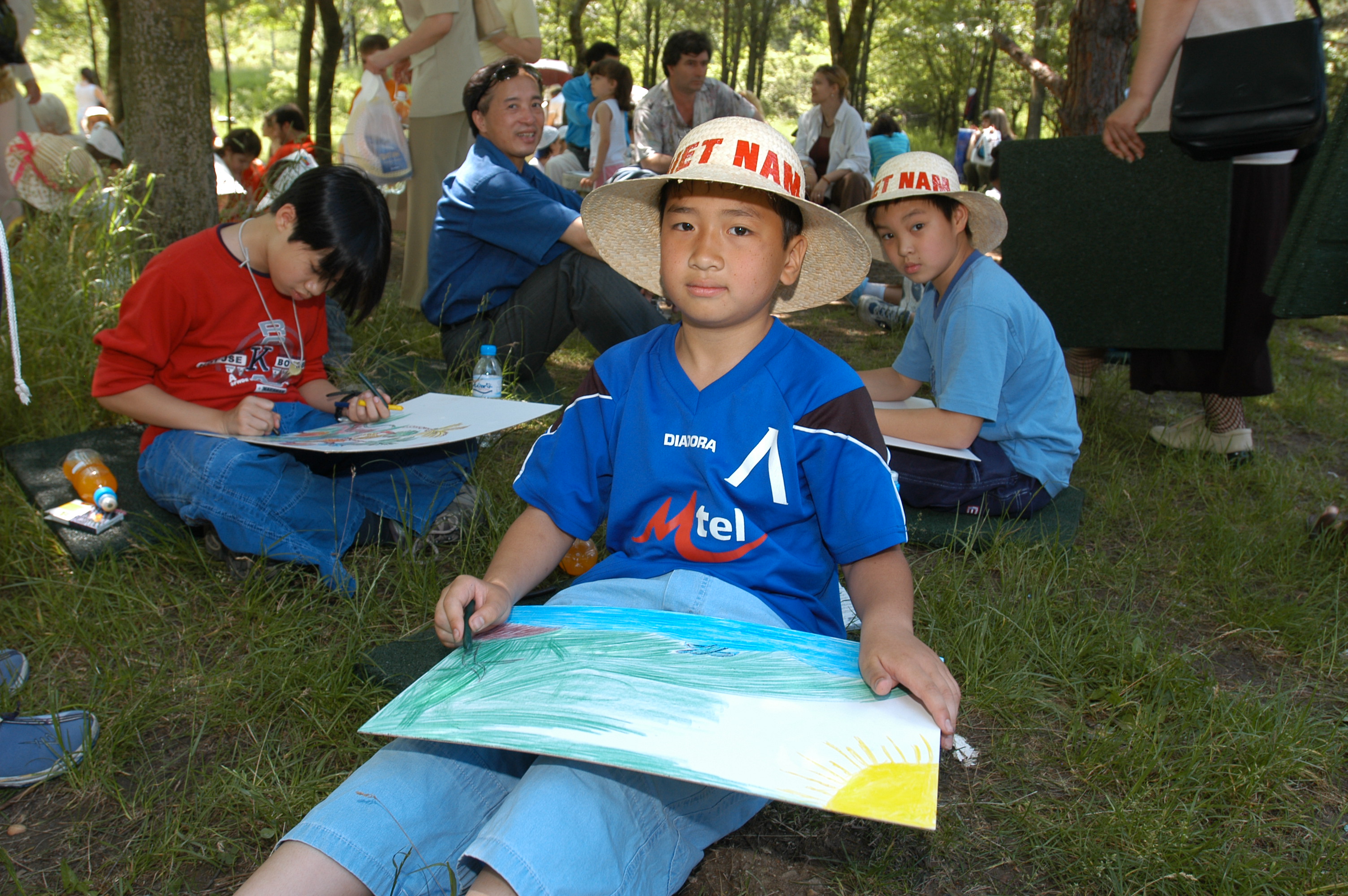 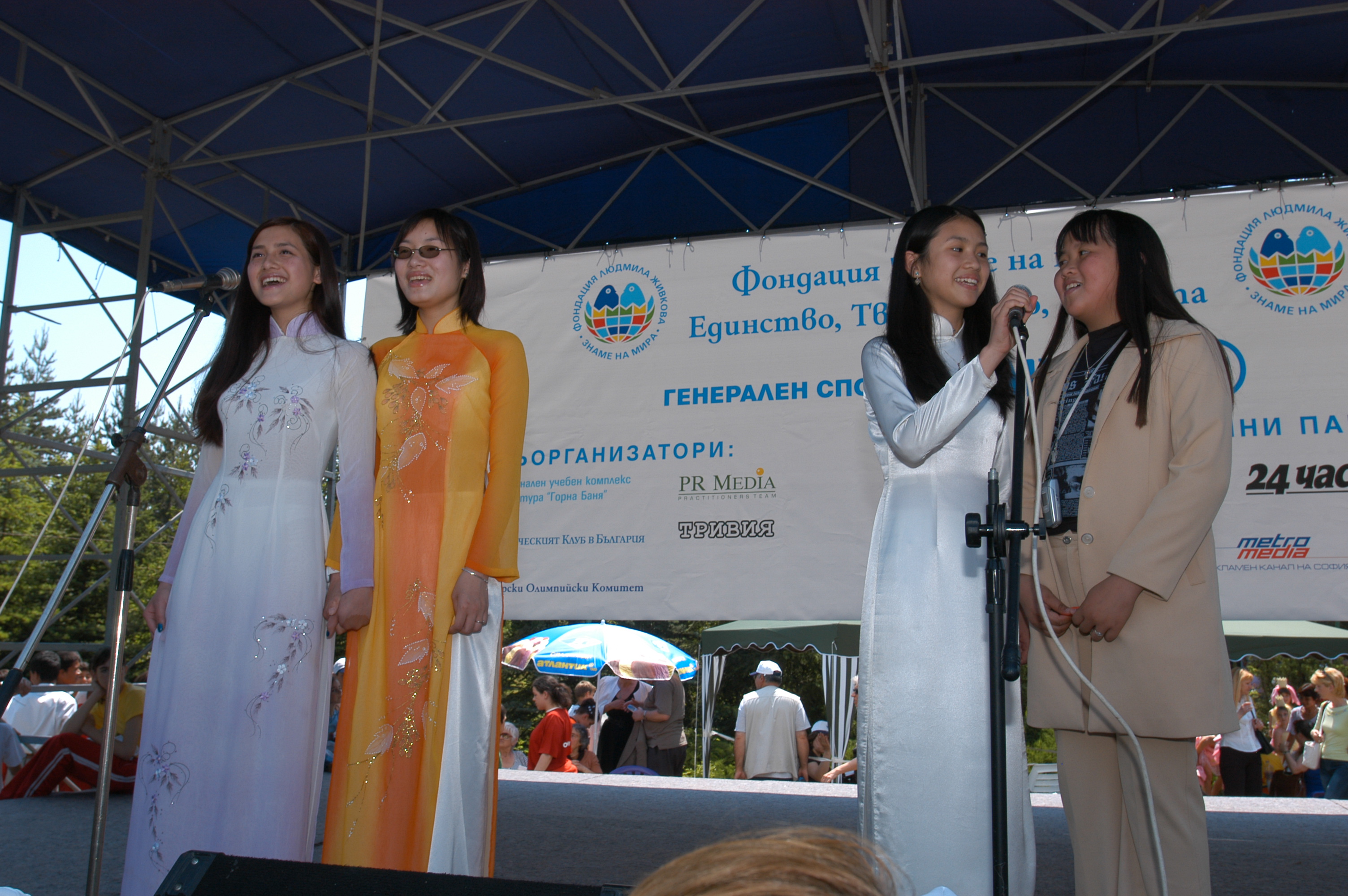 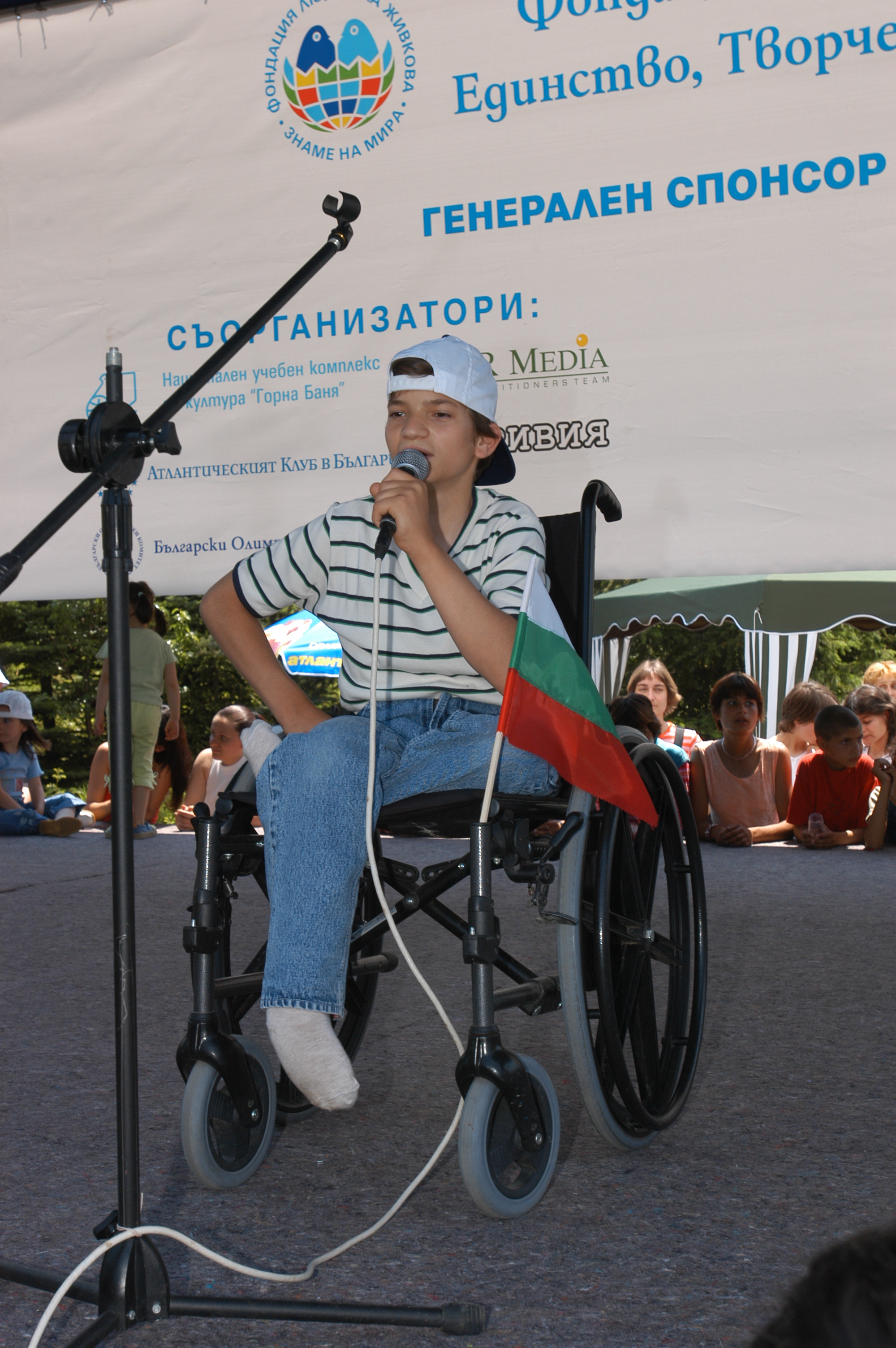 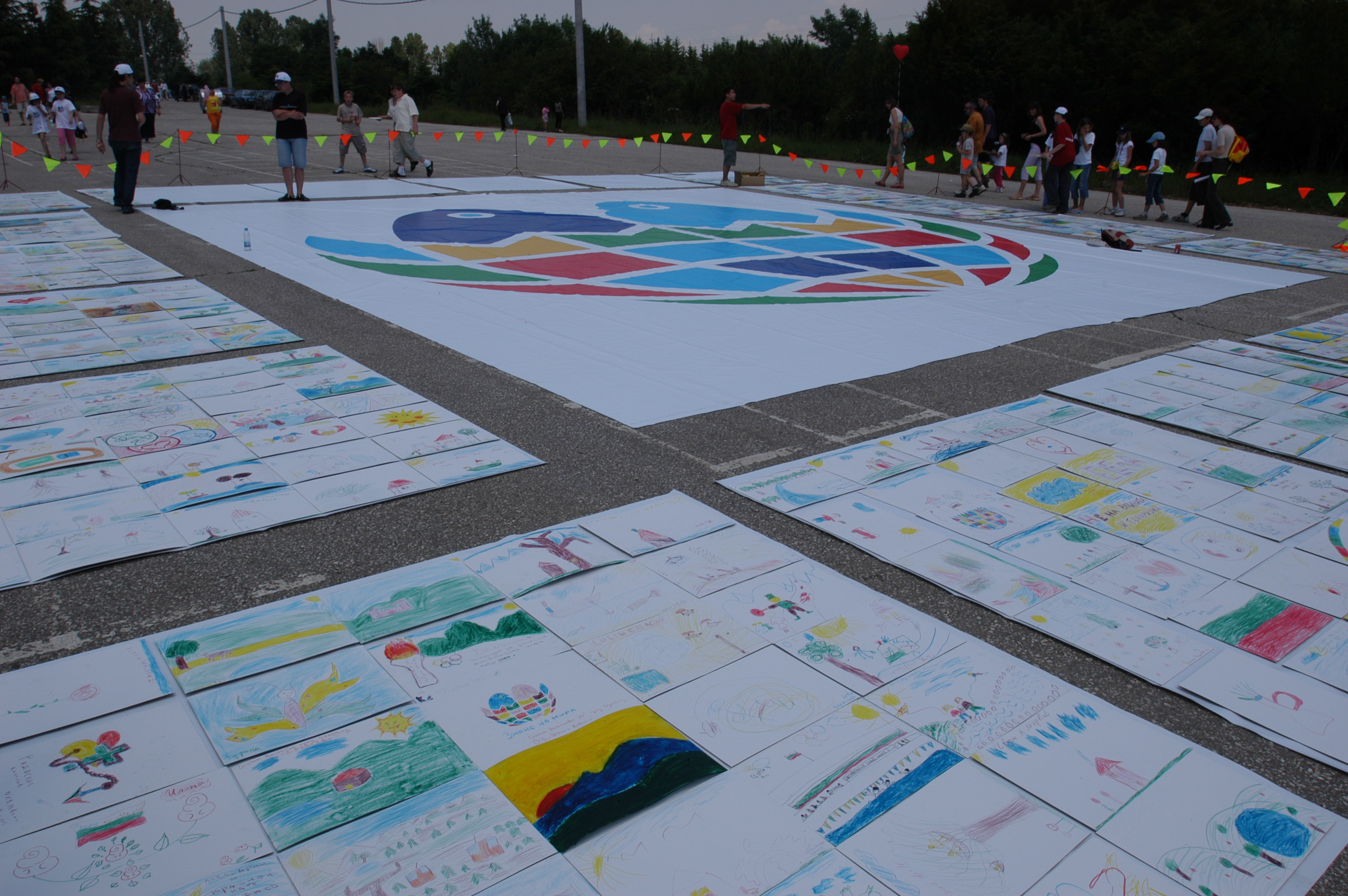 On June 12th, 2004 the “Lyudmila Jivkova - Banner of Peace” Foundation together with the Bulgarian Olympic Committee, the Atlantic Club of Bulgaria and the National Educational Complex for Culture organize at the monument “Banner of Peace – the Bells” in Sofia the Sixth Children’s Assembly, when the largest drawing is created with a message for peace.  It is a combination of a number of independent drawings, arranged in a puzzle and representing the logo of the international movement. It is dedicated to the Summer Olympic Games in Athens in 2004. This work, unique of its kind, is sent to the Olympic Movement Museum in Switzerland. The event is carried out under the patronage of Mrs. Zorka Parvanova, wife of the President of the Republic of Bulgaria, and of the US Ambassador’s wife Mrs. Kathy Pardew. A monument in memory of the children fallen victims to terrorism is installed, representing an angel with broken wings. It is created by the sculptor Krum Damyanov, who is author of the complex “Banner of Peace”. The monument is unveiled by the Chairperson of the National Assembly Prof. Ognyan Gerdjikov. During the Assembly a second session of the Academy “The Future of Bulgaria” is carried out, again under the patronage of Mr. Georgi Parvanov, President of  the Republic of Bulgaria, and the names of young people with substantial achievements in the field of science, arts and sports are enrolled, namely: Albena Denkova and Maxim Stavisky – figure-skating World and European champions, Ivet Lalova – athletics champion, Ivailo Riskov – for his achievements in mathematics and IT technologies, Stanimir Rachev – for his great achievements in the field of physics, the violinist Mariana Dimitrova, and Kiril Stoyanov – percussionist.