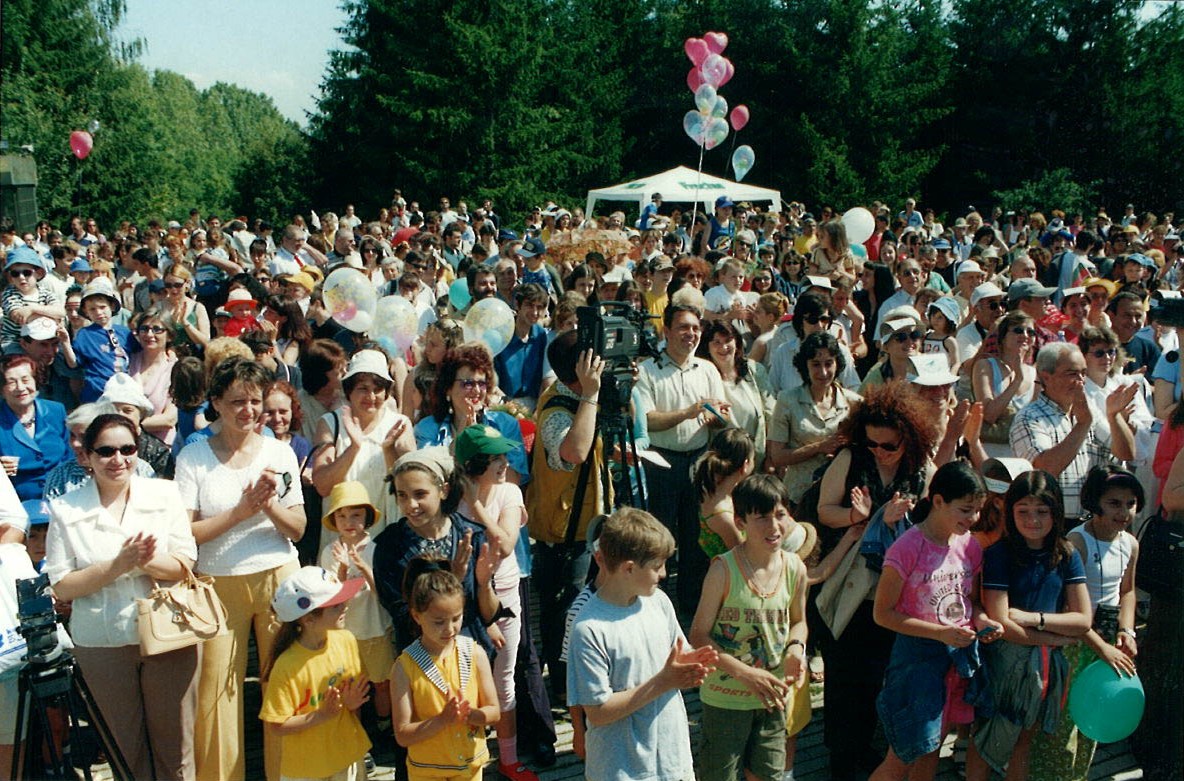 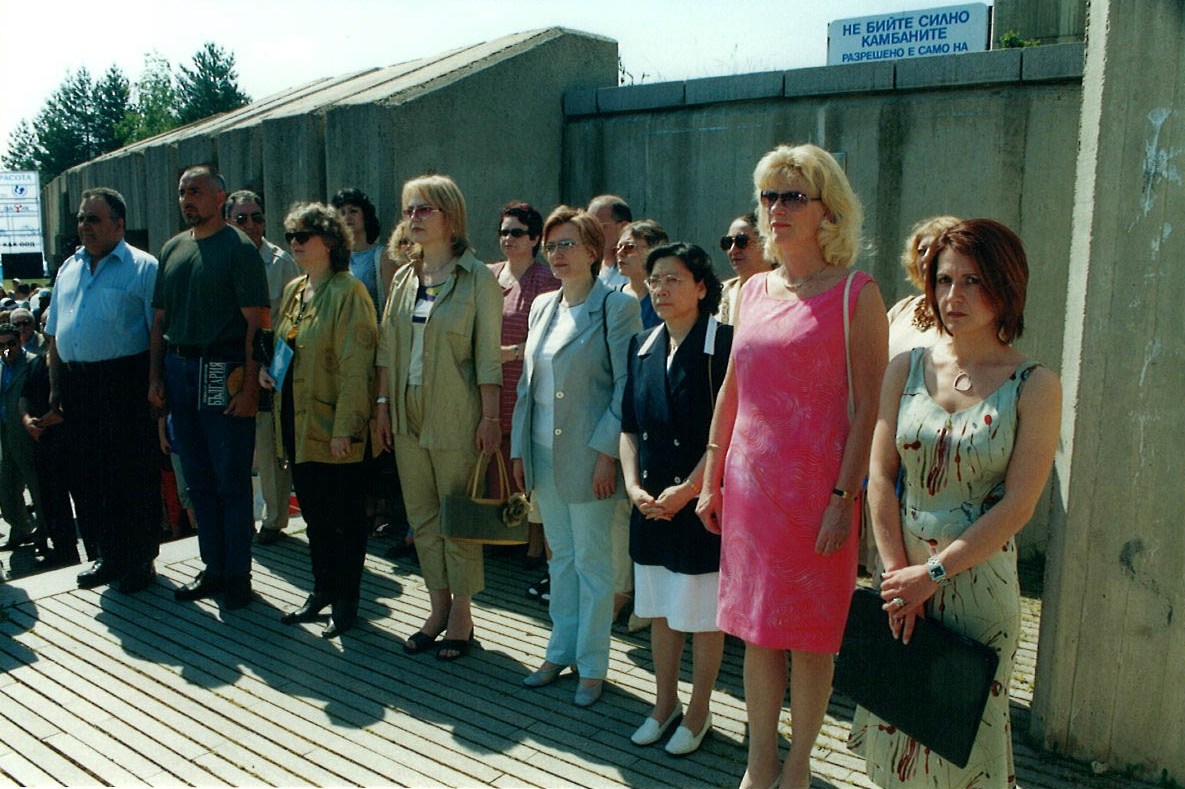 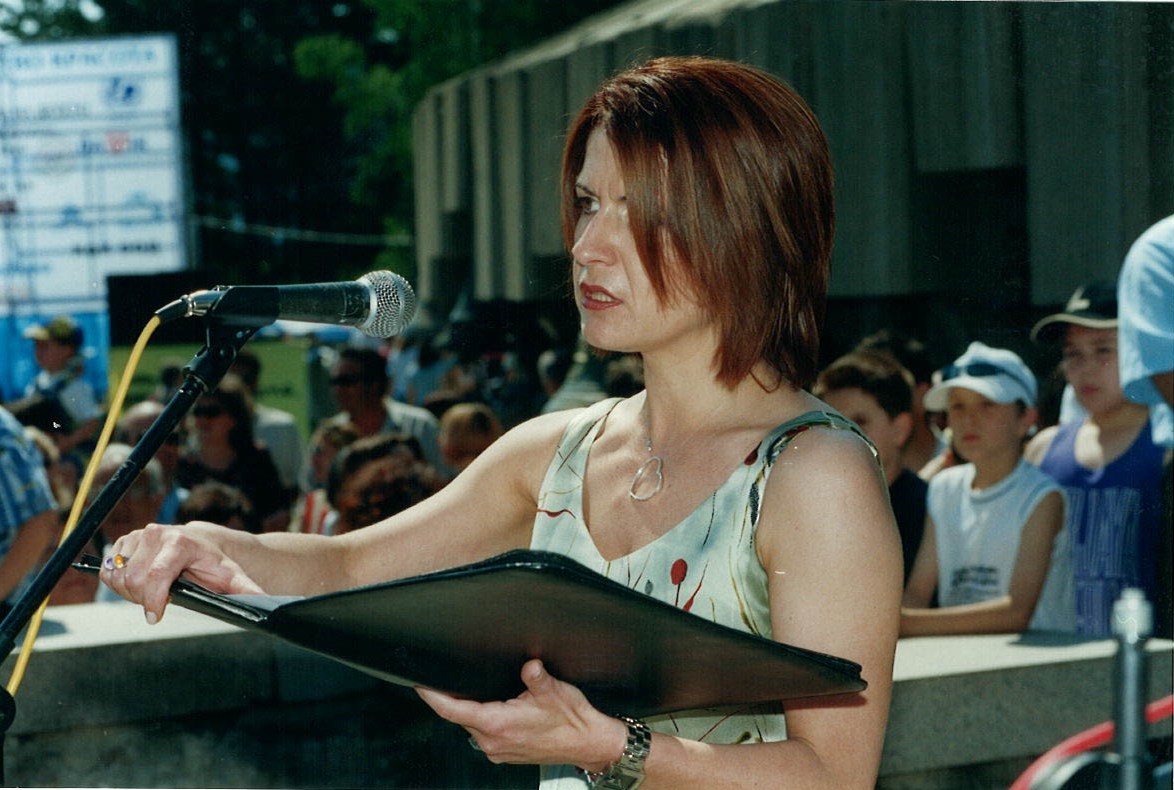 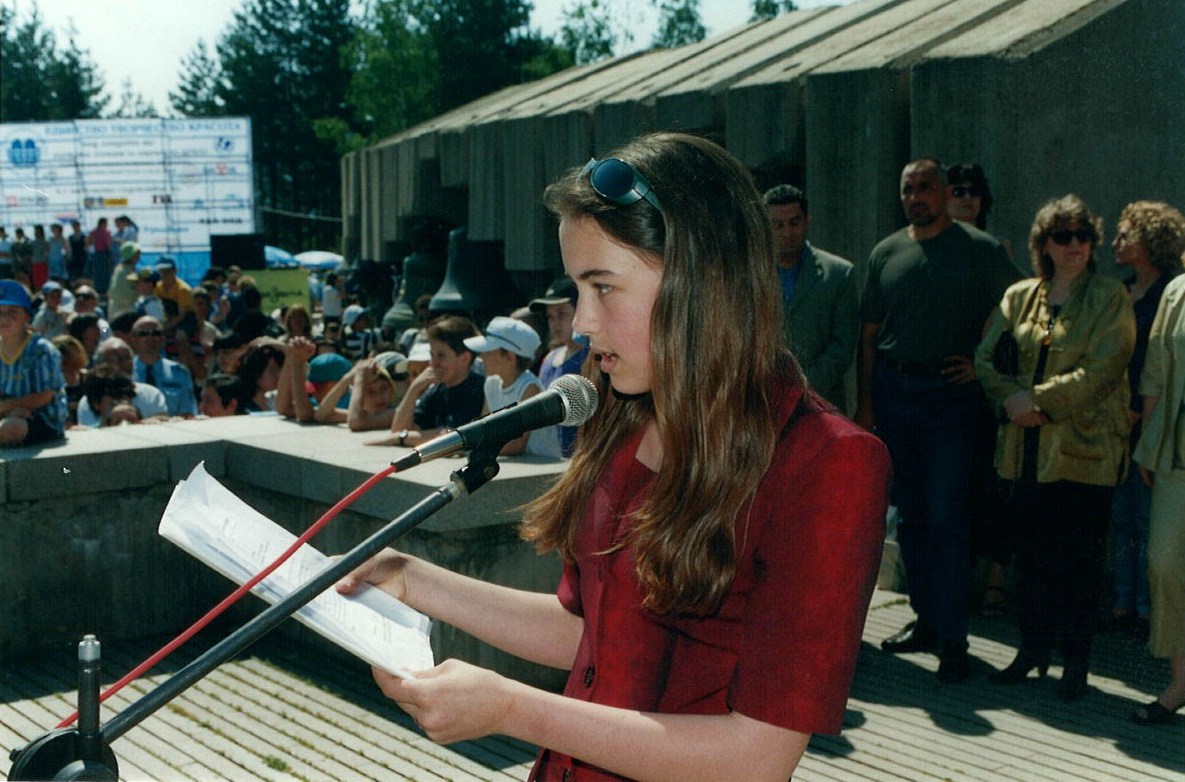 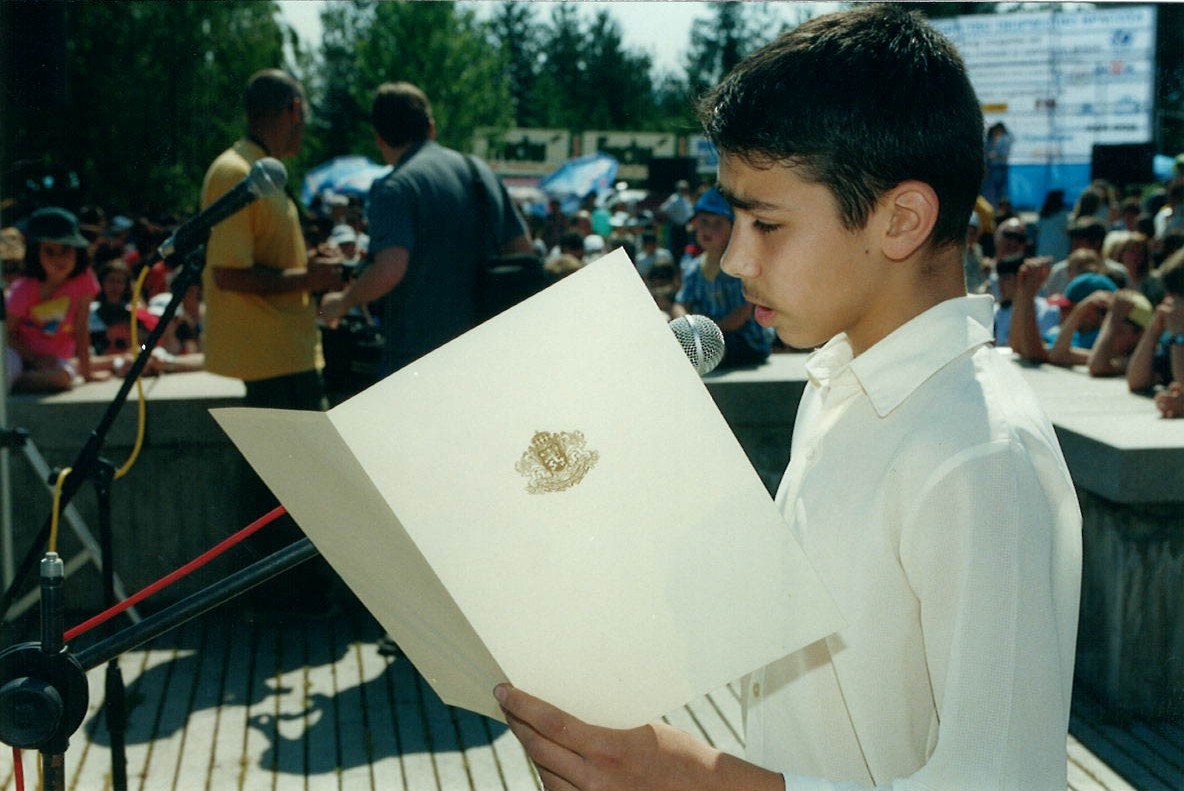 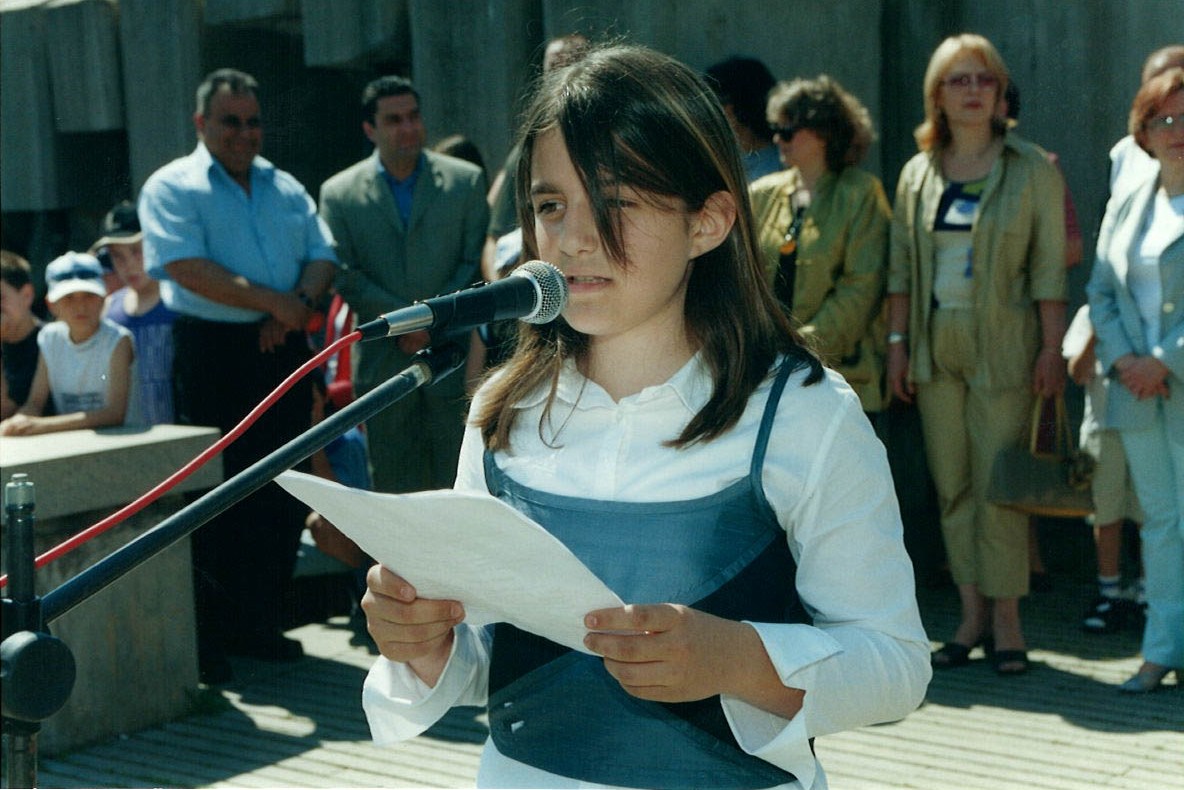 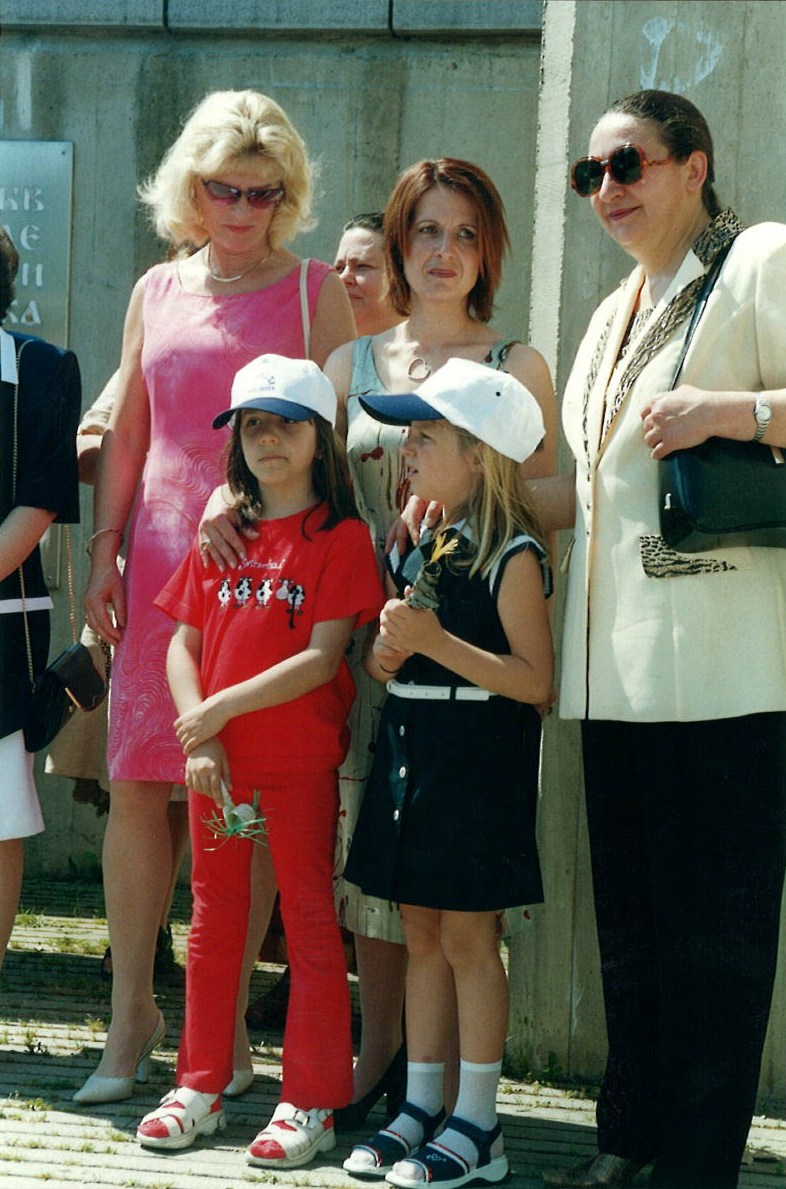 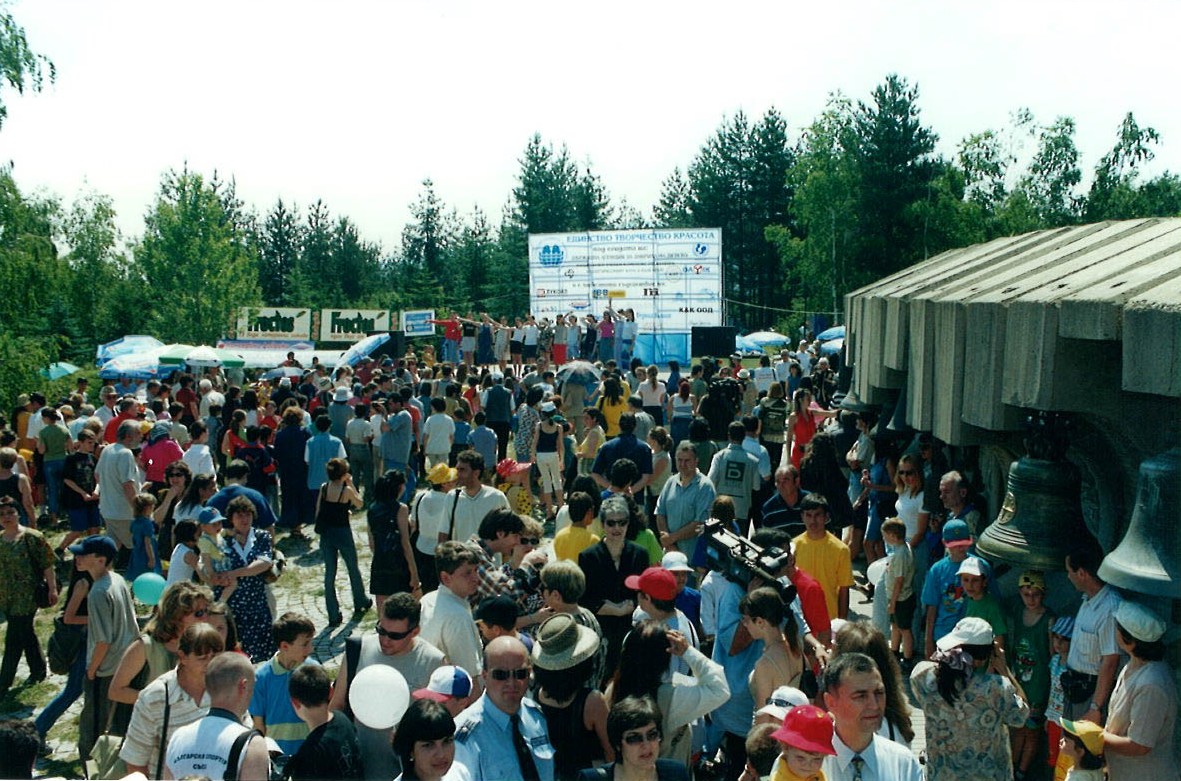 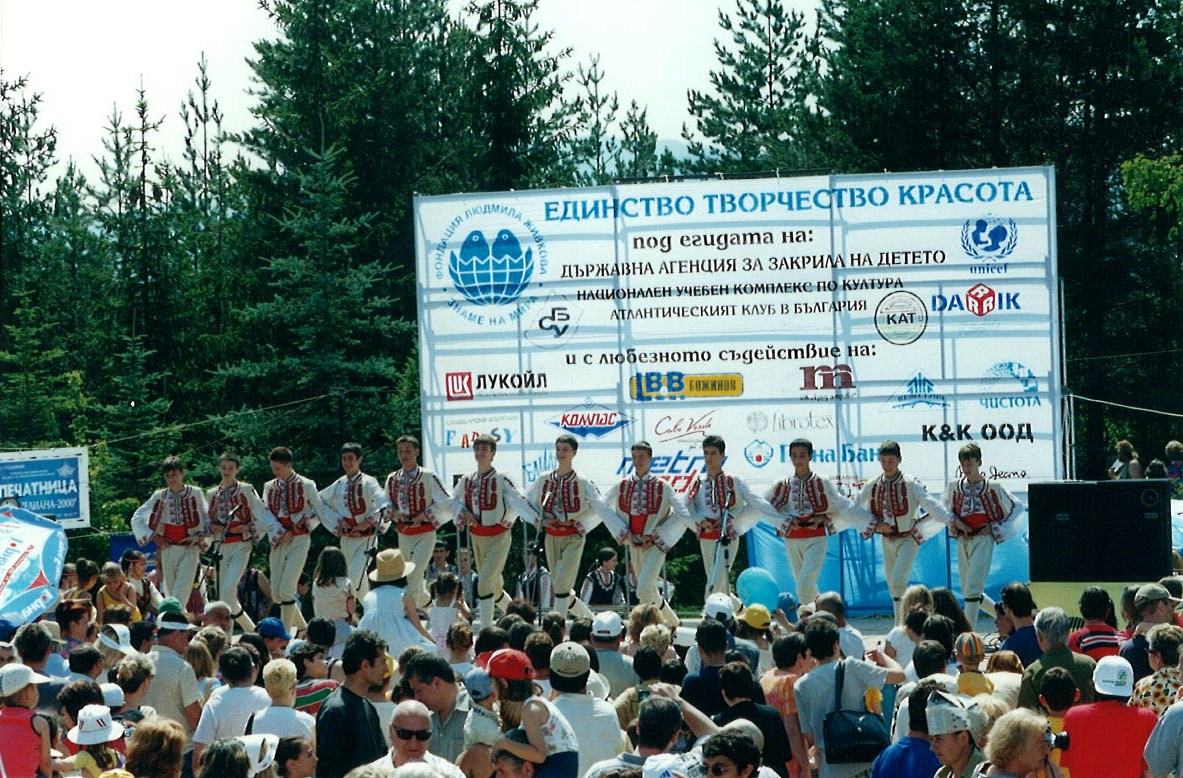 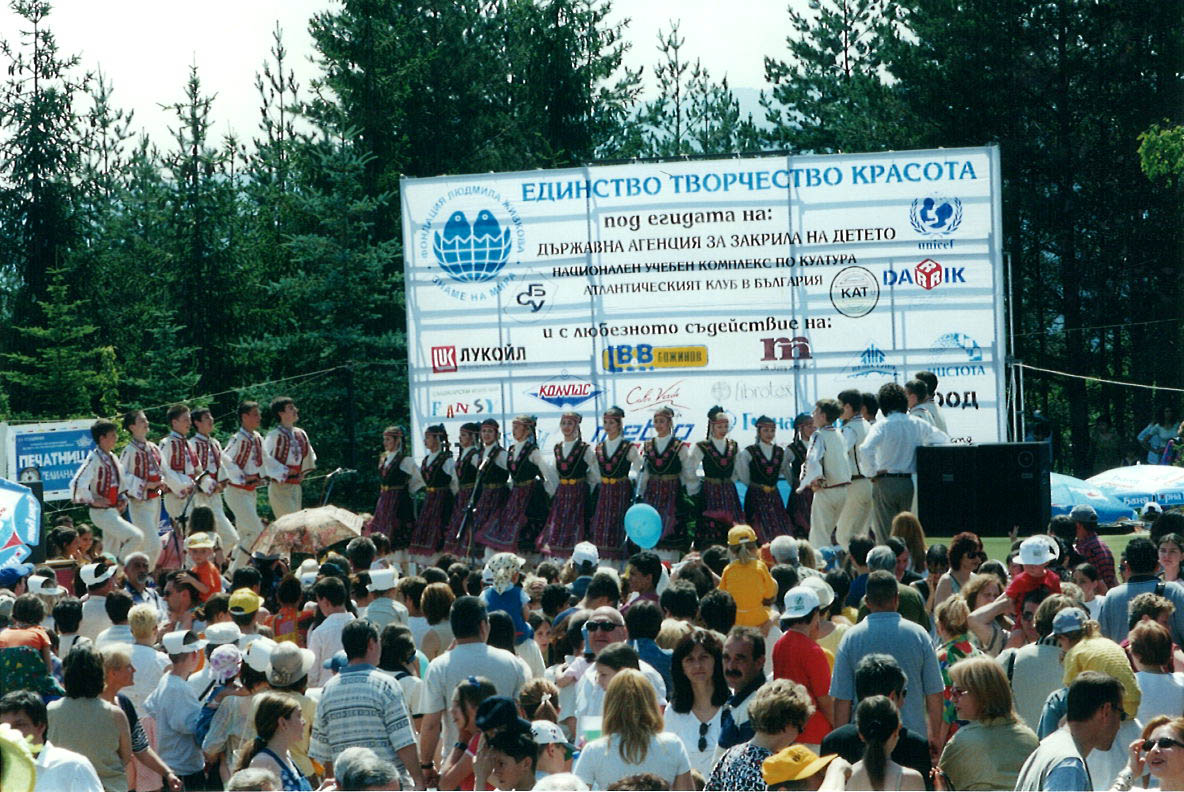 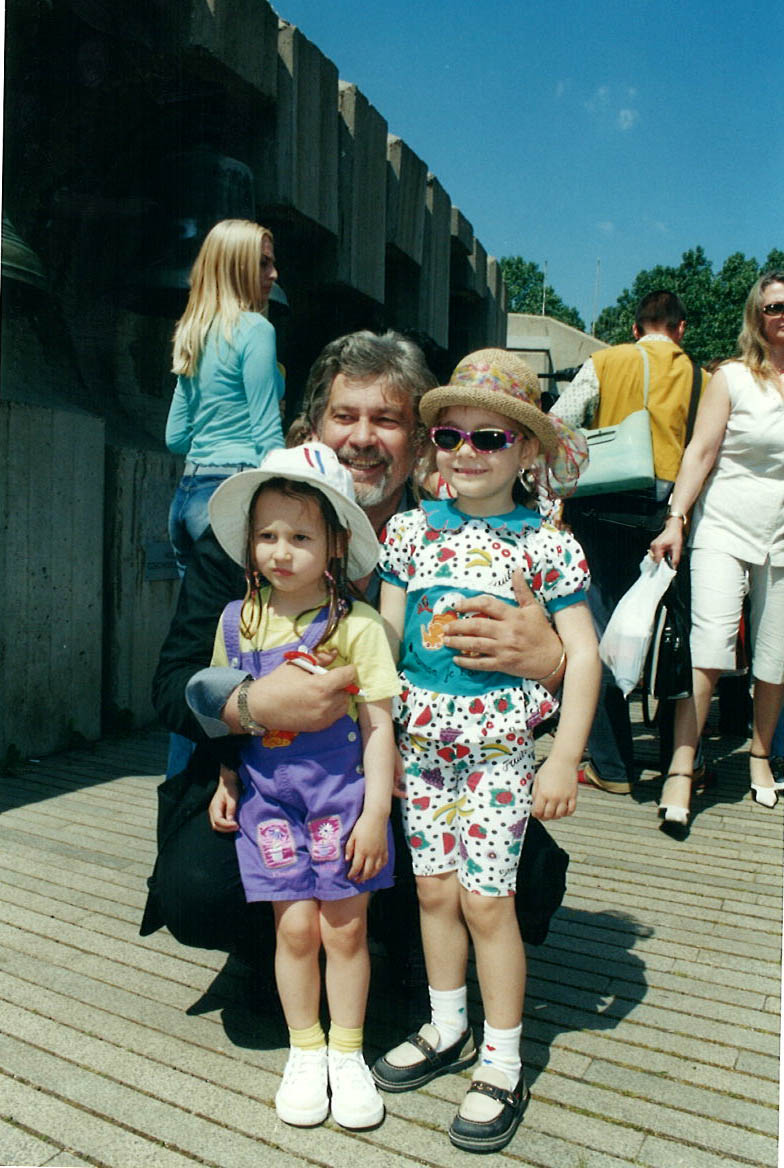 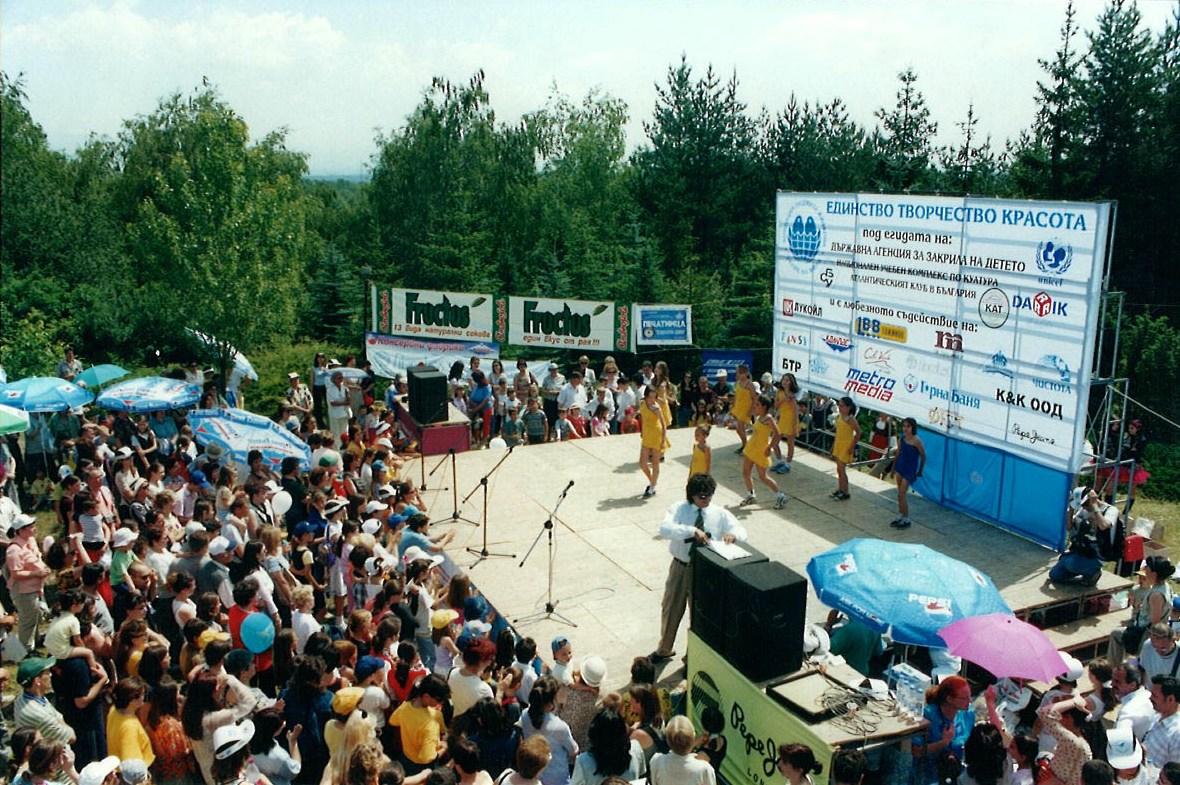 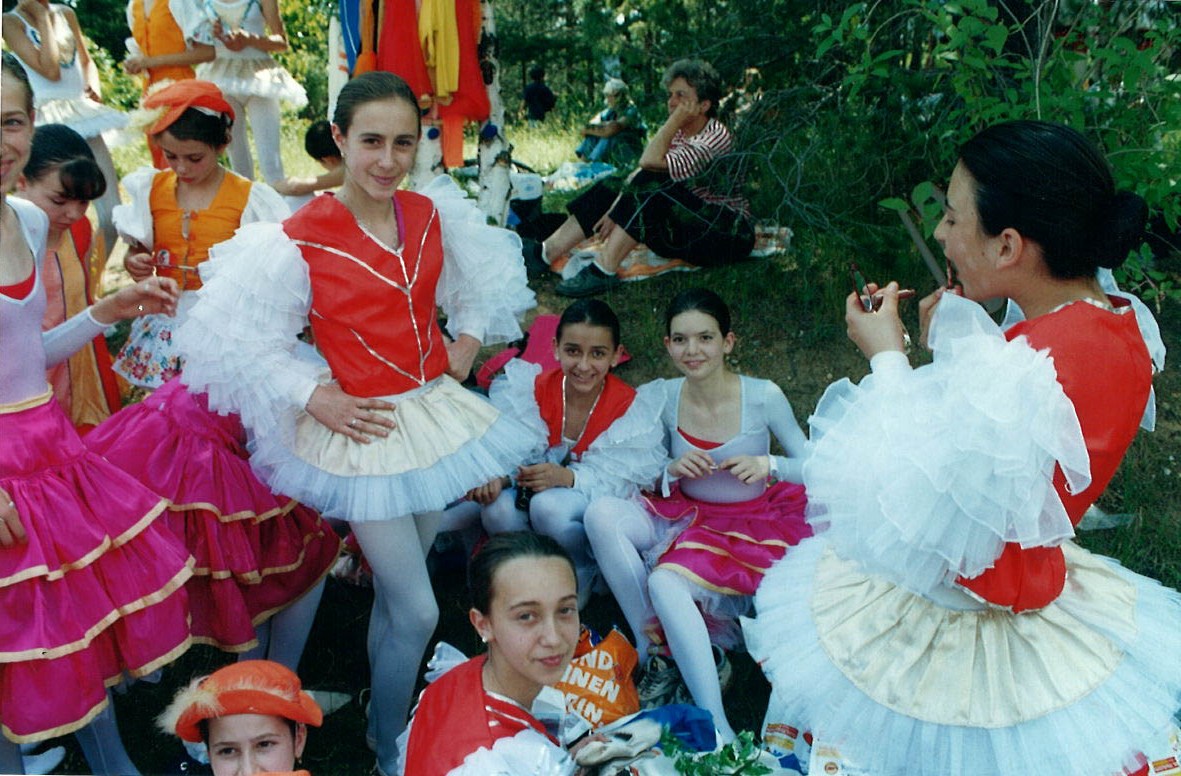 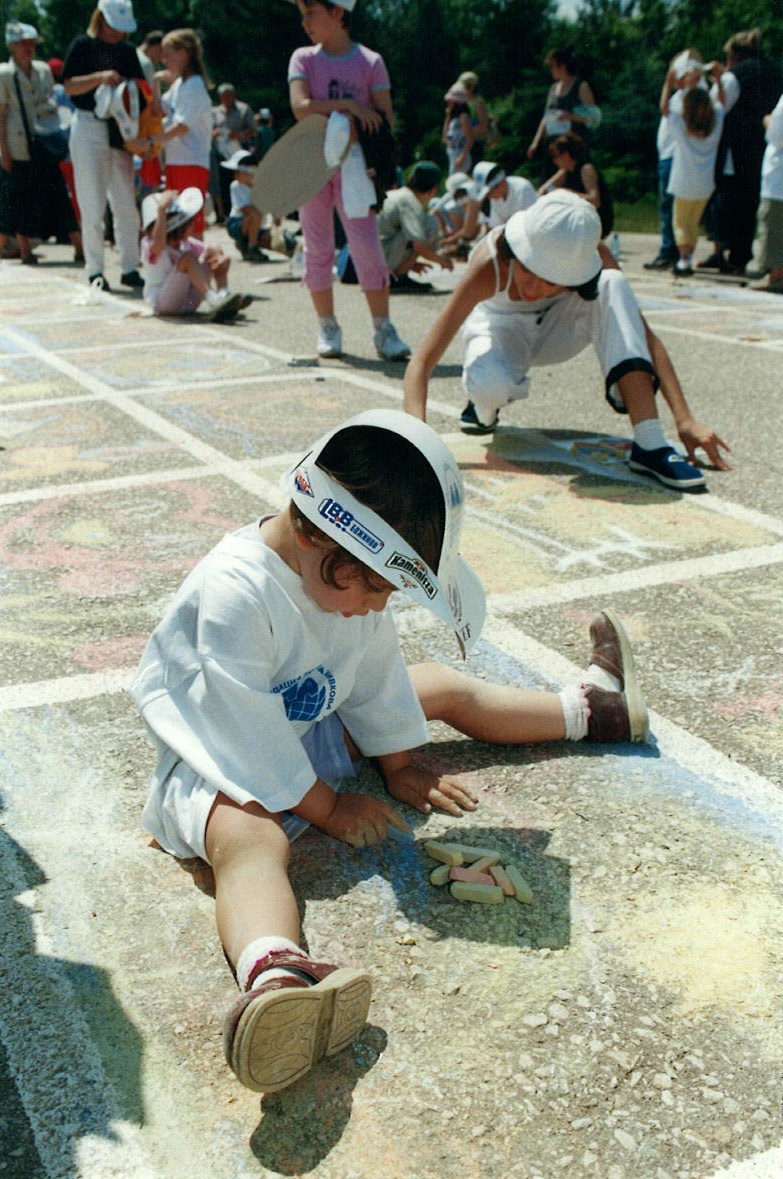 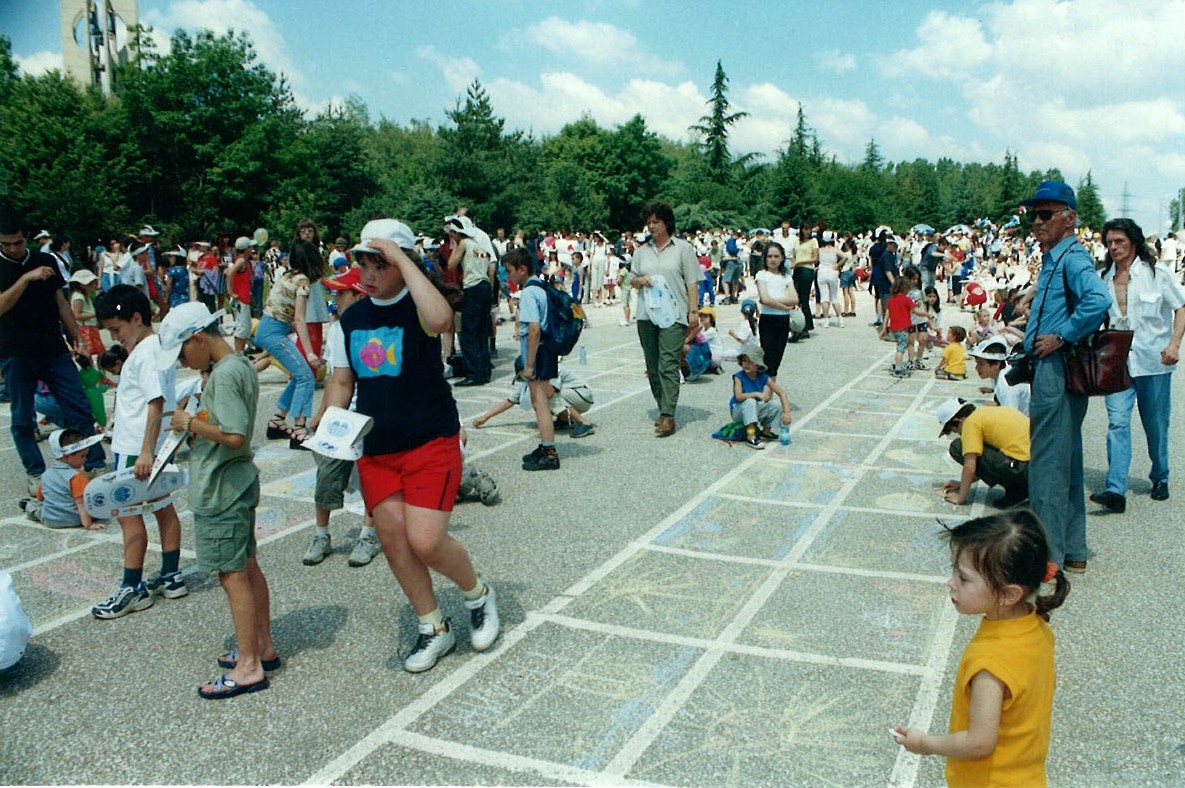 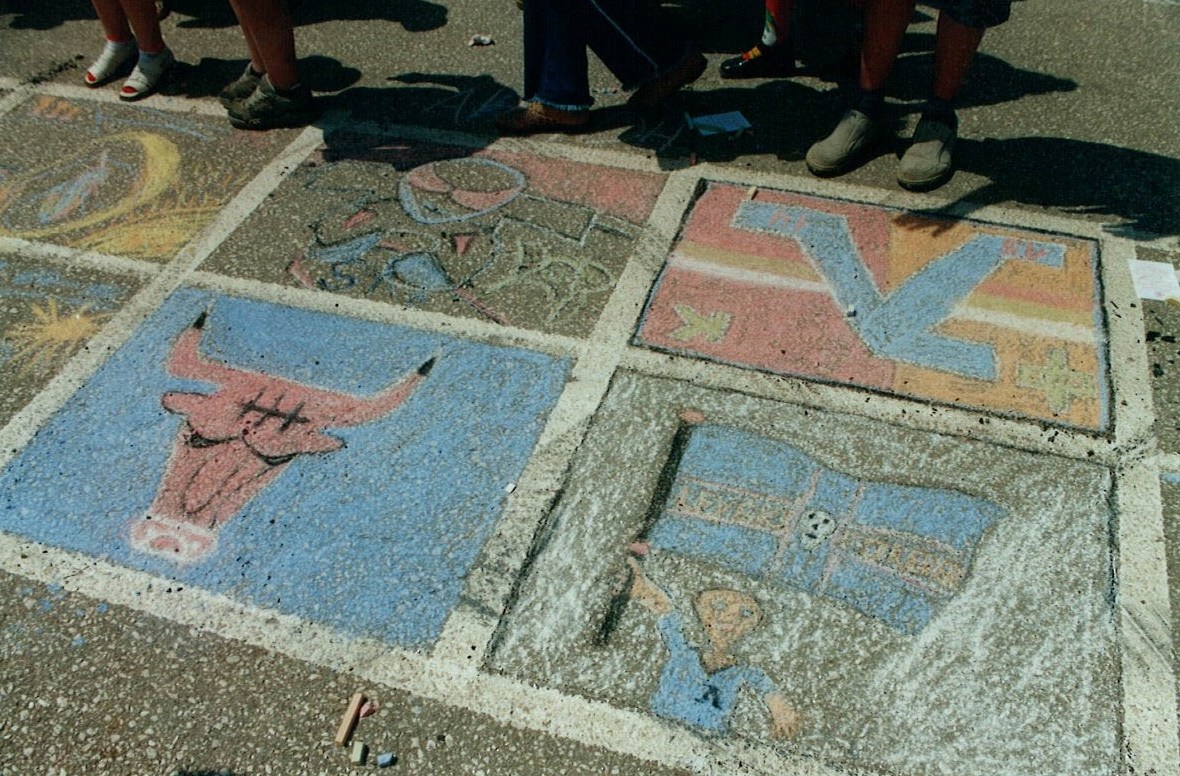 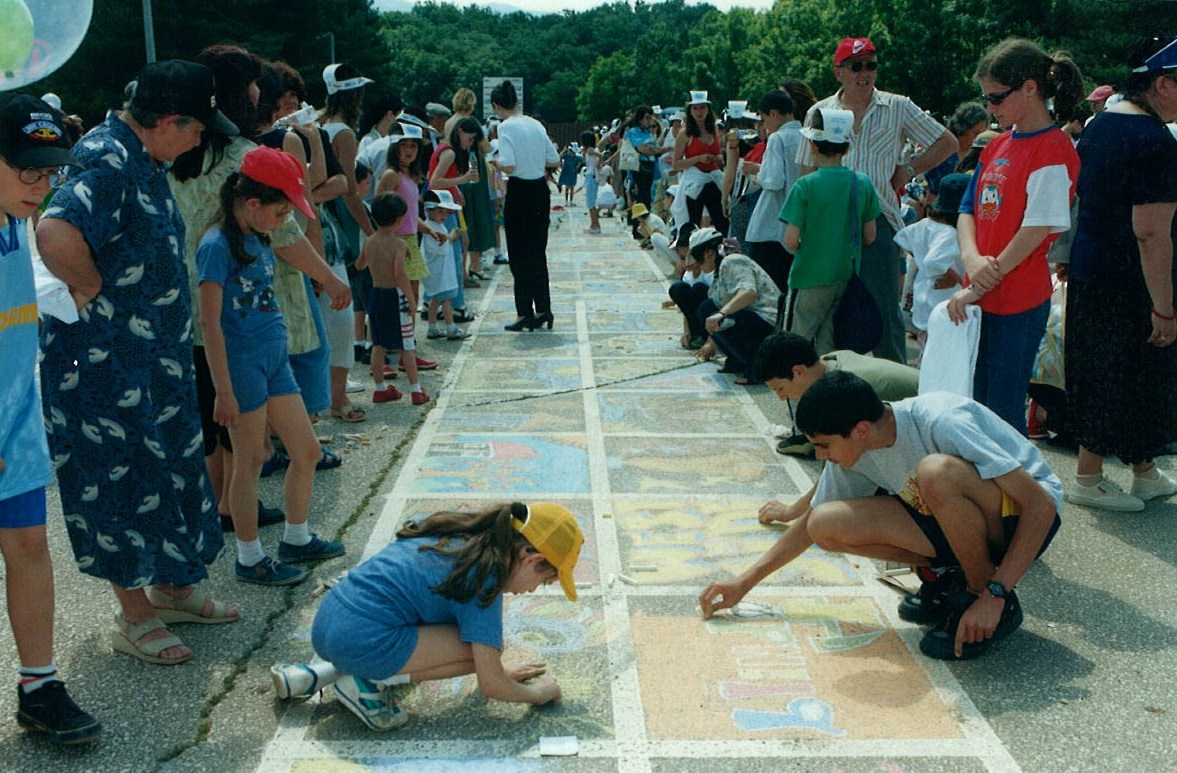 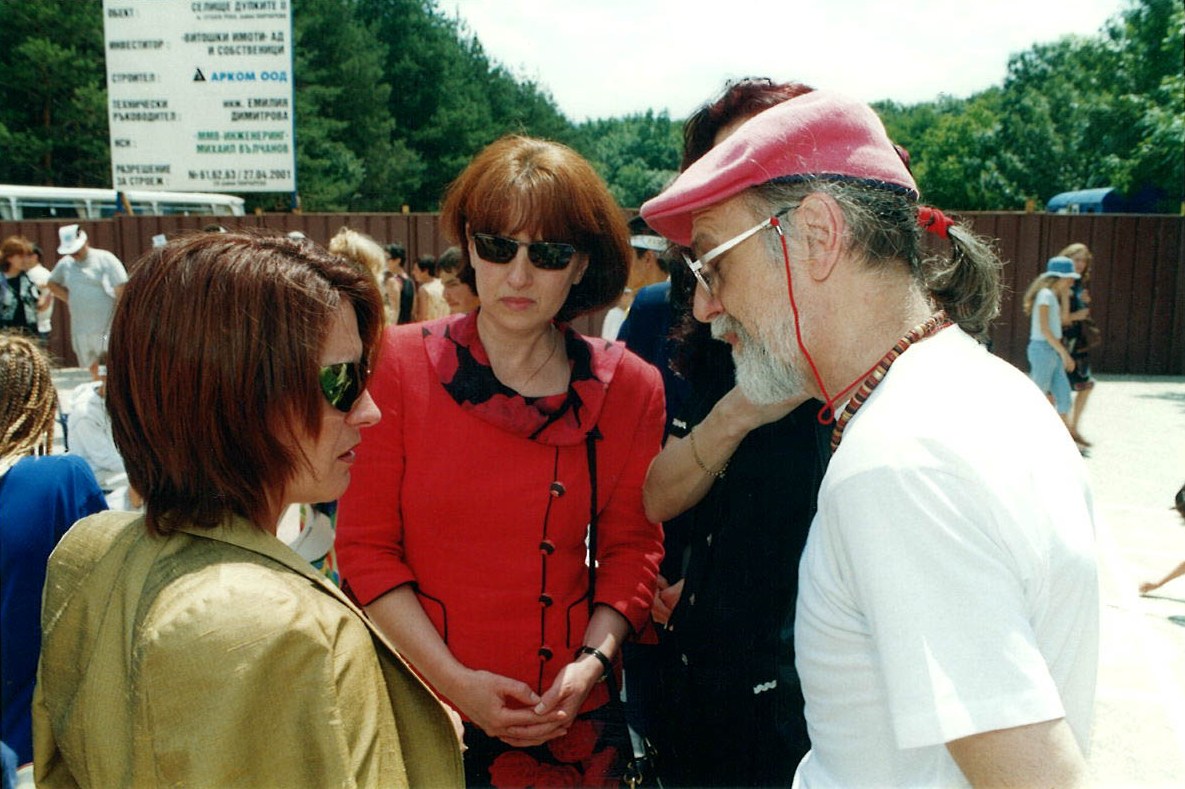 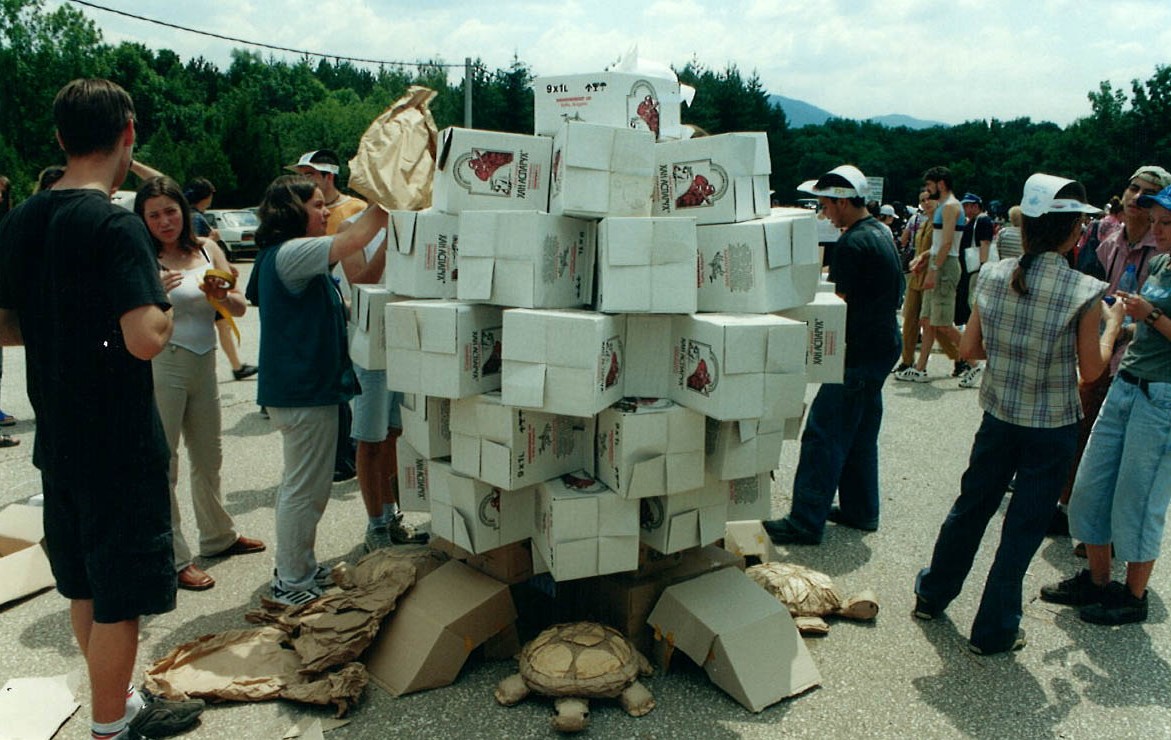 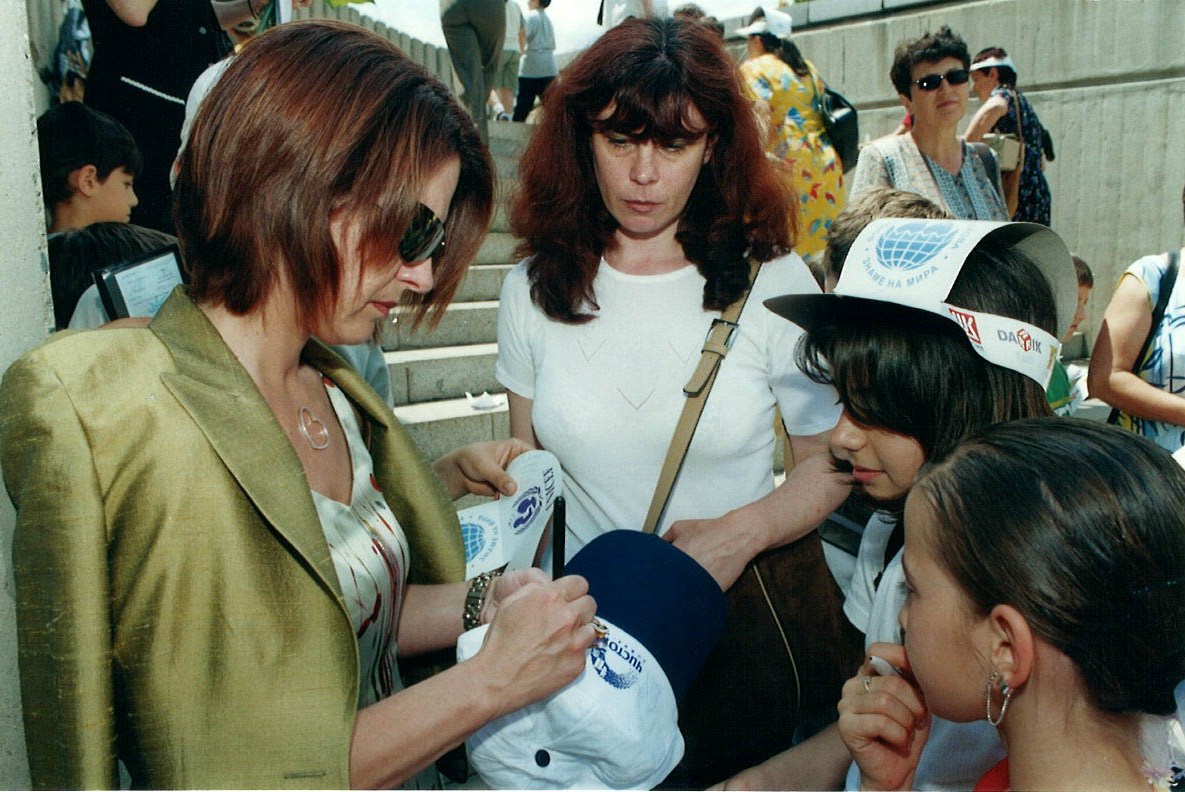 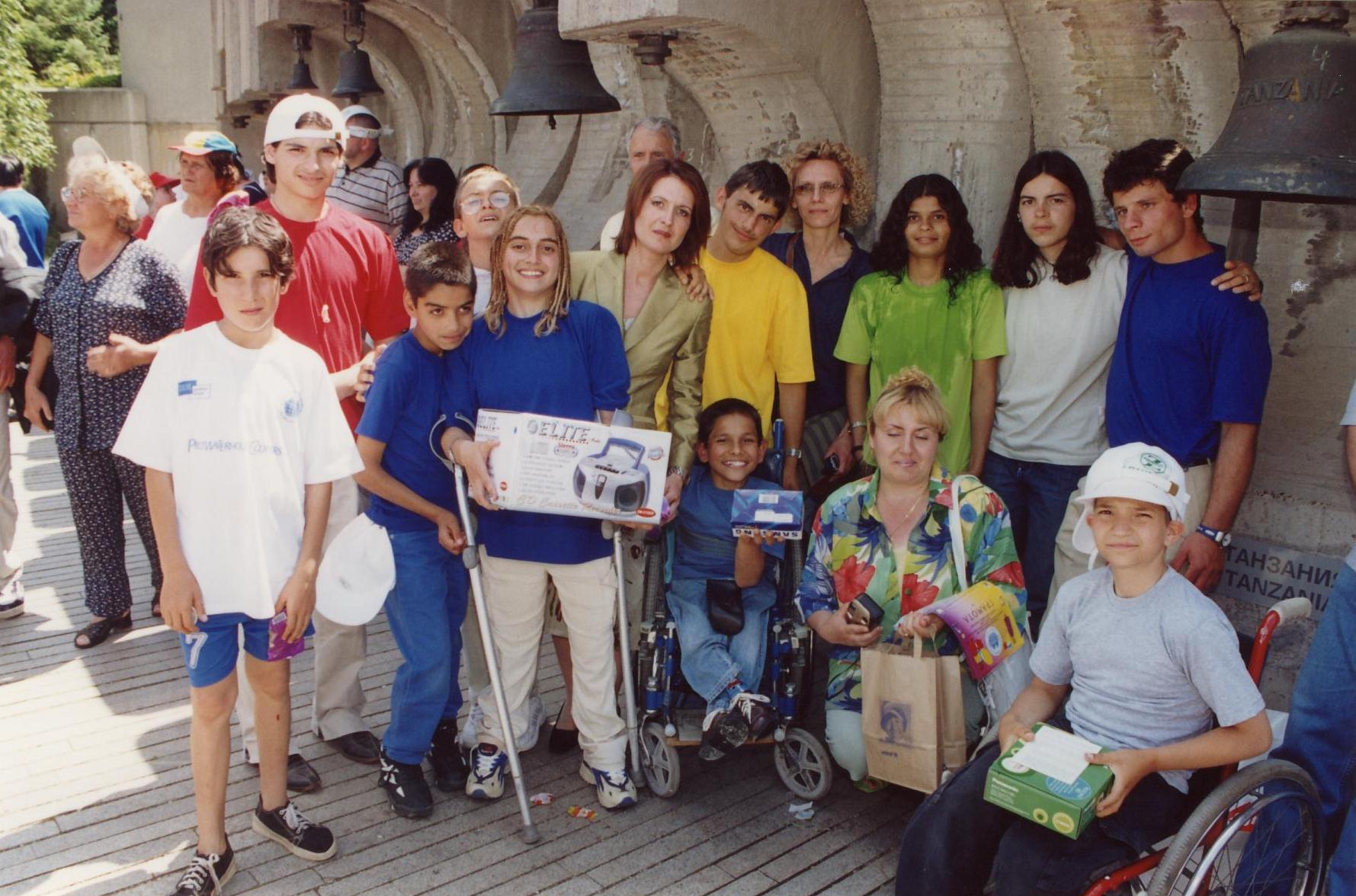 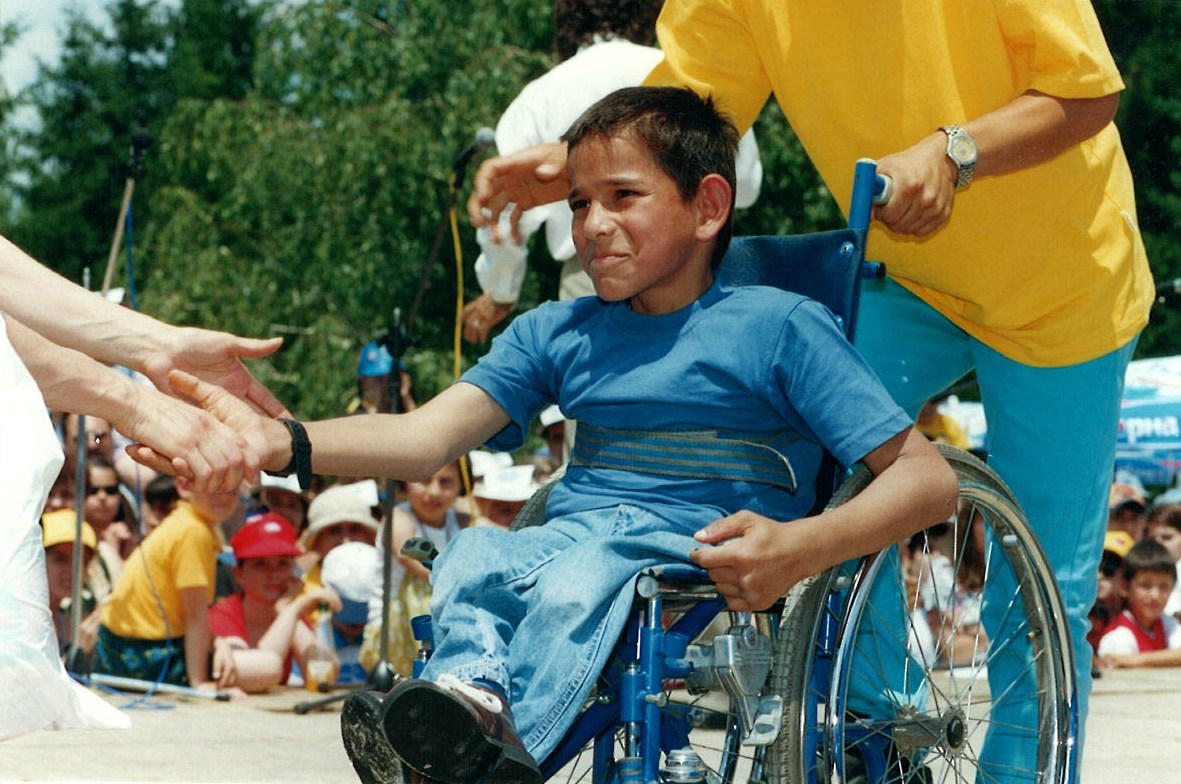 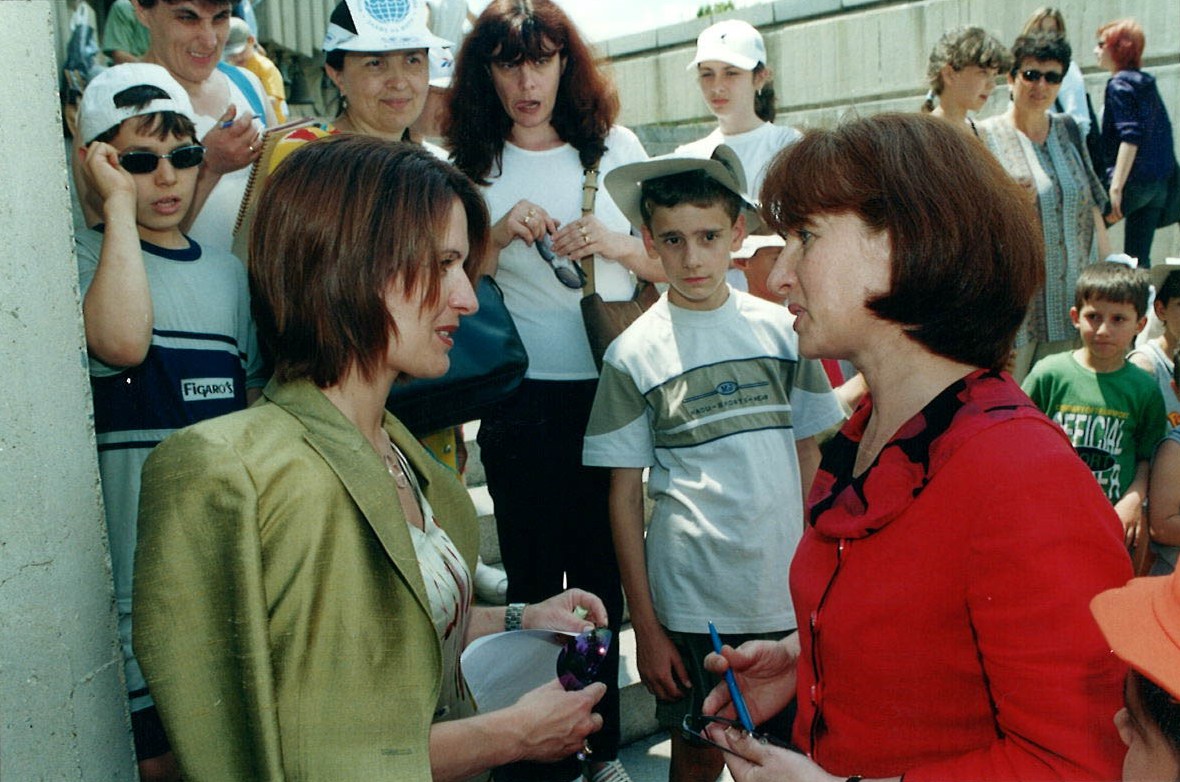 On June 15th, 2002 the “Lyudmila Jivkova - Banner of Peace” Foundation carries out at the “Bells” Monument in Sofia the Fourth  Assembly  “Banner of  Peace” under the patronage of Mr. Georgi Parvanov, President of the Republic of Bulgaria. The programme of the Assembly includes a children’s concert, games, quizes and a competition for a drawing on asphalt. As a present to the children the vocal band B.T.R. gives a musical performance. Over 1000 children from all over the country take part in the Assembly, as well as pupils from the School to the Russian Embassy in Sofia. A bell of the Vatican is mounted on the Monument, a gift by His Holiness Pope John-Paul II. The participants are greeted by the Chairman of the 39th National Assembly Prof. Ognyan Gerdjikov, as well as by the Prime Minister Simeon Saxe-Coburg Gotha. Guests to the event are the Ambassadors of Russia and the United States – Vladimir Titov and James Pardew, His Grace Archbishop Antonio Mennini, the  Papal Nuncio to Sofia, Stefan Danailov - Chairman of the Commission on Culture at the National Assembly, actor and MP,  Vassil Ivanov-Luciano – Minister of sport, Bojidar Dimitrov – Director of the National History Museum  (NHM), Boiko Borisov – Secretary General of the Interior Ministry, Zorka Parvanova – wife of the President of the Republic of Bulgaria, Shirin Mestan – Chairwoman  of the State Agency for Child Protection, Vladimir Atanasov – Minister of education, Darinka Stancheva – NDSV deputy, and the artists Ivan Yahnadjiev and Ivan Lazarov.